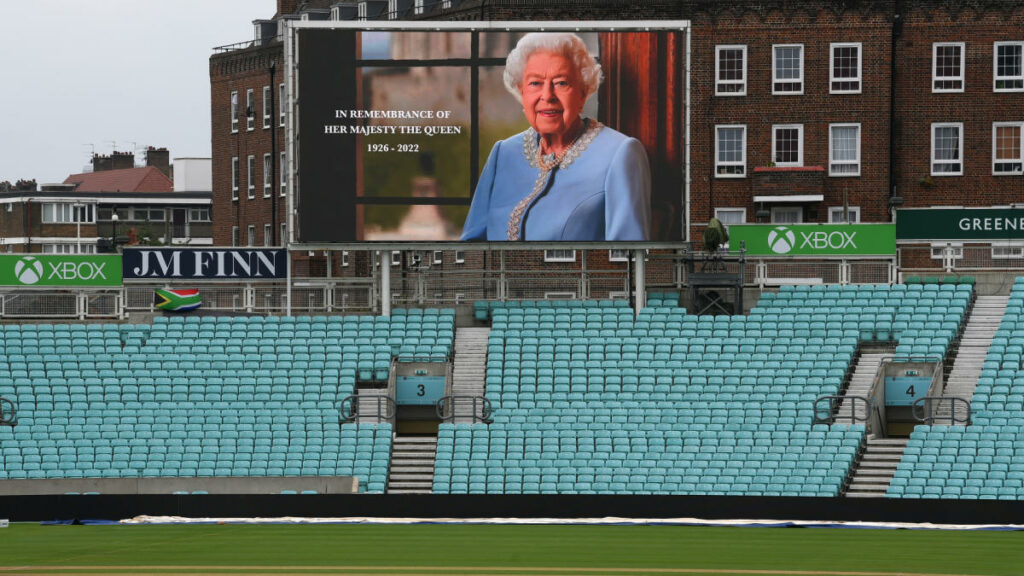 The nation has been mourning the passing of Queen Elizabeth II, the longest-serving monarch in British history. She was 96 and died in Balmoral castle, Scotland, on the afternoon of September 8. With immediate effect, King Charles III will assume the throne as the preparations begin for one of the biggest funerals the world has ever witnessed.

In honour of her memory, the second day of the third Test between England and South Africa at the Oval was suspended, but the play will resume again on Saturday, as confirmed by ECB. All other cricketing events in the country, from the Rachel Heyhoe Flint Trophy matches to other domestic games, were cancelled on Friday.

In other sports, Premier League has officially announced that all of its weekend fixtures will be postponed, including the first and second division games. Although the government made an official announcement that there is no obligation to cancel the events, the sporting fraternity went one step ahead.

Tributes have flown in for the Queen from all across the globe, from national leaders and sporting individuals. In the cricketing fraternity, from the likes of Sachin Tendulkar, Kevin Pietersen, Ben Stokes to cricketing boards around the globe, all of them paid their respects to the lady who sat on the throne for 70 years.

Tendulkar remembered the instance when he met HM for the first time, whilst Shoaib Akhtar tweeted in awe of her longevity. England Test captain responded to a tweet saying that it would be an honour to play in her memory on Saturday as the Queen was an ardent sports lover herself.

The Melbourne Cricket Ground mentioned that they will keep the Australian national flat at half-mast from the evening of her death announcement to the day her funeral is conducted.

Buckingham Palace had announced that national mourning will continue until seven days after the funeral, which could take place in a week’s time.

Here’s how the cricketing world has reacted to the passing of the British Queen.