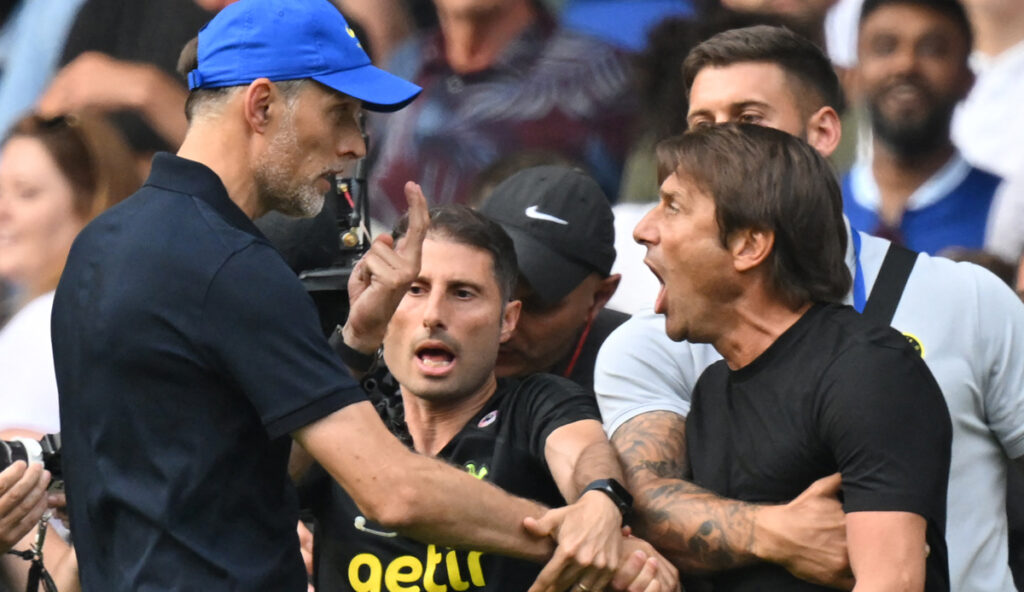 The first “big” game of the 2022/23 season saw Chelsea welcome local rivals Spurs to Stamford Bridge with the former Blues manager Antonio Conte in the opposition dugout. The two teams lined up in identical shapes, but Thomas Tuchel’s minor tactical tweaks – such as playing Reece James as the right centre-back and Ruben Loftus-Cheek as the right-wingback – made the difference in a game utterly dominated by his side.

Chelsea took the lead in the 19th minute from a corner. An out-swinging corner delivered by Marc Cucurella was met by fellow summer signing Kalidou Koulubaly on the volley. Hugo Lloris, rooted to his spot, could only watch the ball ripple the net.

The Blues were in control of the proceedings until eight minutes past the hour mark when Conte’s tactical switches allowed Spurs to get back into the game. Pierre-Emile Hojbjerg scored the equalizer, firing the ball low and into the corner of the net after the Chelsea defence failed to clear it.

James restored the home side’s lead in the 77th minute; after the Blues won possession high inside the opposition half, N’Golo Kante arrowed the ball into Raheem Sterling’s feet, who, in turn, rolled it onto James for a close-range finish.

But, there was late drama at the Bridge when Harry Kane headed in Spurs’ second in the 96th minute – moments after Cristian Romero escaped a red card for violent conduct.

The points split, the two coaches clashed on the sidelines – and not for the first time in the evening; both are at risk of sitting out their respective next games.

Earlier in the day, Nottingham Forest won their first home game in the competition since 1999. Steve Cooper’s men rode their luck, at times, in both halves, with West Ham having a goal ruled out and hitting the crossbar twice.

However, Taiwo Awoniyi’s first-half stoppage time goal – a lucky bounce into the net – and Dean Henderson’s second-half penalty save from Declan Rice ensured a happy homecoming for the Forest faithful.