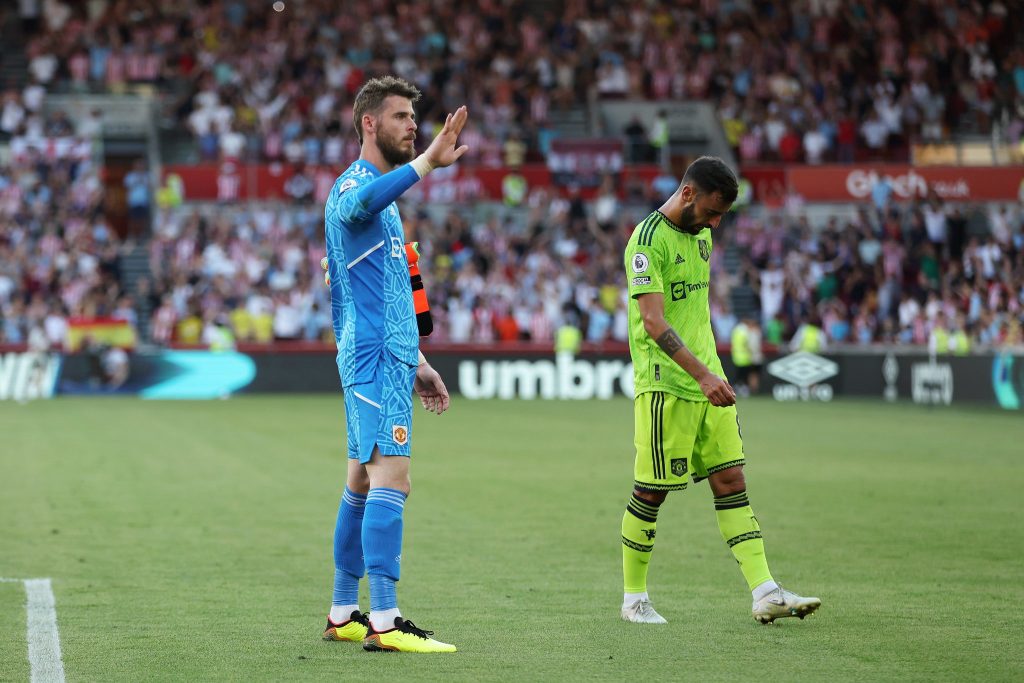 Brentford pulled off their biggest win in the Premier League, beating the Red Devils 4-0.

It was a day of goals, and a few surprising ones, in the Premier League as some new signings made a mark in England. Manchester United’s horror outing got even worse, leaving them at the foot of the Premier League table after two games, whilst Arsenal and Manchester City are running ahead with big wins in their kitty from Game Week 2.

A howler from David de Gea opened the scoring for Brentford at the Brentford Community Stadium. The United keeper backed it up with another eye-popping error while playing out from the back to concede a second. The Bees kept pushing hard and scored two more goals before the first half finished, as they led 4-0 going into the second 45. Although Erik ten Hag’s men knocked on the doors, they couldn’t score and Brentford picked up an unforgettable 4-0 win.

Gabriel Jesus scored twice inside the opening 45 minutes on his Emirates debut, as Arsenal took an early double-lead against Leicester City. The Foxes got a goal courtesy of a defensive error from Arsenal early in the second half. Granit Xhaka instantly recouped the two-goal advantage with an assist from Jesus.

James Maddison got one back to threaten another Leicester comeback, but Gabriel Martinelli provided the final blow as Arsenal managed a thrilling 4-2 win. Jesus scored and assisted two times each in a memorable outing for his new club.

Manchester City had no troubles in their fixture against Bournemouth, who went down 4-0 against the champions. It was a Kevin de Bruyne master class at the Etihad, who scored an outrageous goal after Ilkay Gundogan kick-started things. Having scored three in the first half, a Jefferson Lerma own-goal rounded off a perfect afternoon for Pep Guardiola and his troops.

In other results, Southampton and Leeds United played out a thrilling game at the St Mary’s, which finished 2-2. After a dull first half, Leeds scored twice in a short span of time in the second half. However, Hassenhuttl’s men managed a sensational late fight back, and goals from Joe Aribo and Kyle Walker-Peters saw them scrape a point out of nowhere.

Everton lost to Aston Villa 2-1 at the Villa Park courtesy of goals from Danny Ings and Emi Buendia. Wolves and Fulham played out a goalless draw at the Molineux, which marked two points in two games for the newly promoted Fulham. Similar was the case in the game between Brighton and Newcastle, where there was plenty of promise but no goals to report.