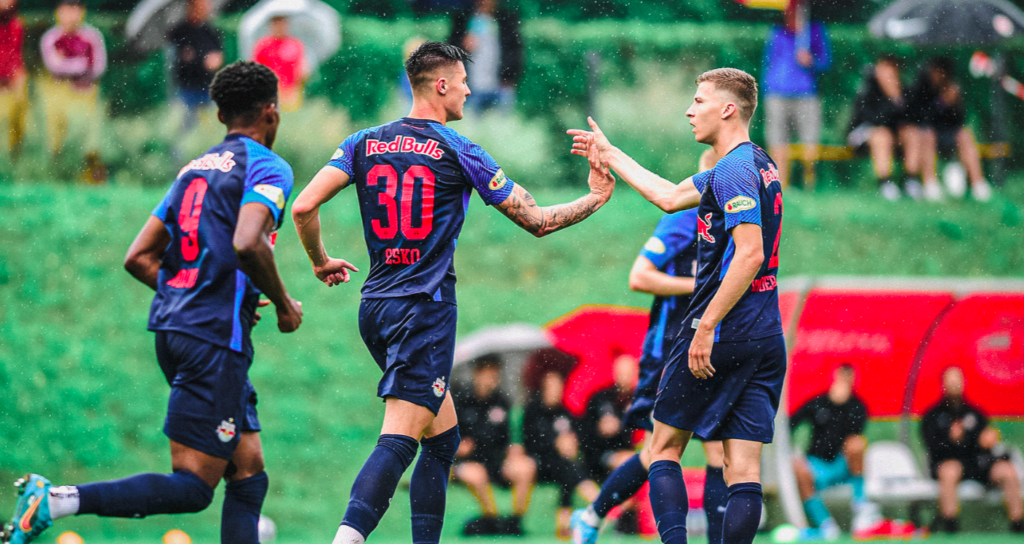 RB Leipzig have beaten Manchester United to Benjamin Sesko, who will join the club in 2023 after a deal was agreed between the German giants and sister club RB Salzburg. Leipzig will pay Salzburg 24 million euros for the services of the striker, who will sign a contract valid for five years once he officially joins the club.

Speaking to his new club, Sesko pinpointed Leipzig’s stature within Germany and their approach toward young talent as key factors in his ultimate decision.

“RB Leipzig are one of the best clubs in Germany and are establishing themselves as one of the best in Europe year on year. A success story has been written here in just a few years and I want to be a part of it in the future.

“The club’s philosophy of placing trust in young players and playing attractive, attacking football is a perfect fit for me,”

Sesko joined Salzburg from Slovenian club NK Domzale in 2019 but was loaned immediately to their feeder club FC Liefering for two seasons. He made 44 appearances in his two years out on loan and scored 22 times before returning to his parent club in time for the 2021/22 season. In his breakthrough year in Salzburg, Sesko made 37 appearances and scored 11 times.

He follows in the footsteps of Naby Keita, Dayot Upamecano, Amadou Haidara, Dominik Szoboszlai, and many others in switching from Salzburg to Leipzig.

After Sesko, Leipzig are expected to complete the signing of Timo Werner from Chelsea. The German will return to his former club after two years with the Blues in a 20 million euro deal.