Man Utd back out of Arnautovic deal after Bologna manager, director address rumour 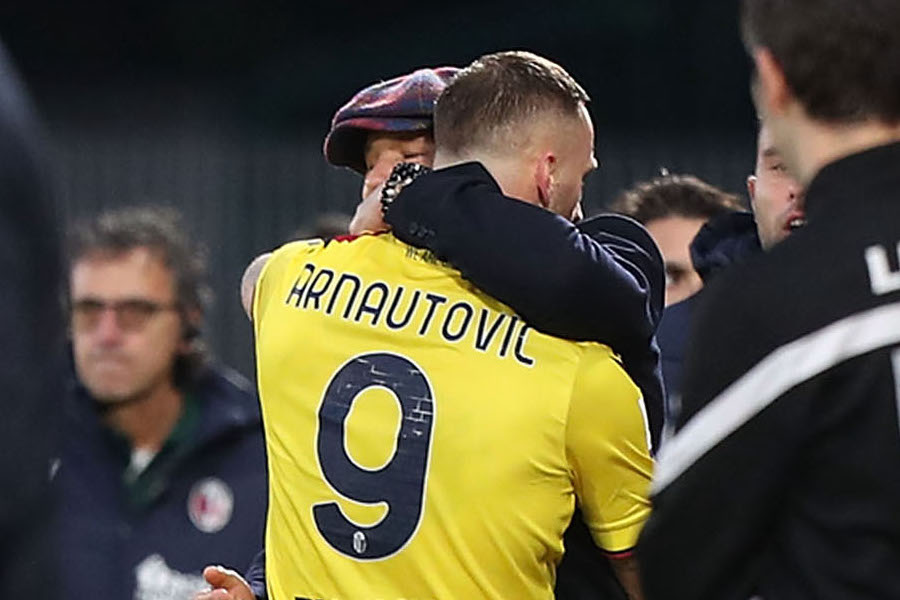 According to The Athletic, Manchester United have decided not to pursue a deal for Bologna hitman Marko Arnautovic. The Red Devils’ interest was met with a firm stance from the Serie A side, with the manager and sporting director both retaining confidence in the player.

The Austrian international was accused of racism in the past and banned for one game by UEFA for the same – an issue the Manchester United supporters group raised directly to the club once the rumours of a potential transfer began gathering pace.

The Red Devils were reportedly considering a cut-price deal for the 33-year-old forward, given his previous relationship with the club’s current manager and assistant manager, Erik ten Hag and Steve McClaren – Arnautovic broke onto the professional scene under the pair at FC Twente.

As per rumours, Manchester United had an 8 million euro worth offer ready for Arnautovic. However, Bologna, his current club, recently confirmed their not-for-sale stance through manager Sinisa Mihajlovic and director Marco di Vaio.

“Marko and I talk often, we have a relationship characterized by mutual respect. Whether he stays or goes is not up to me, but rather the club. I hope he stays because it’s not easy to replace him.

If he leaves, I would be happy for him, but I don’t think he will leave. I think he will stay and continue to behave with great respect,”

Mihajlovic’s words were echoed by Di Vaio. The former Bologna player reiterated that the club wasn’t open to selling him at present.

“Manchester United on Arnautovic? We’re proud of the interest for Marko but we are not planning to sell him,”

Arnautovic has entered his twilight years at the end of a 15-year-long career that has spanned five countries. The Austrian got his start professionally in the Netherlands before playing for clubs in Italy, Germany, England, and China.