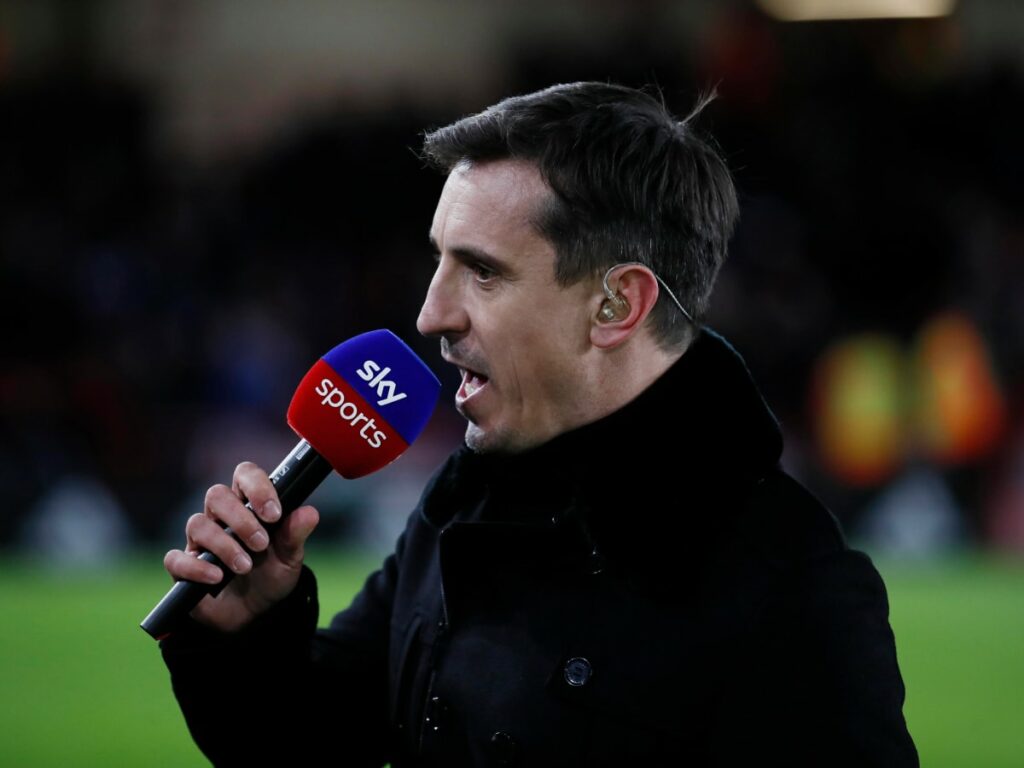 Manchester United are looking to add Bologna striker Marko Arnautovic and Juventus midfielder Adrien Rabiot to their squad before the transfer deadline day.

An opening day defeat to Brighton by a margin of 1-0 has compelled United to dip into the transfer market again. The Red Devils, looking to bolster their midfield and attack, have recently been linked with Bologna striker Marko Arnautovic and Juventus central midfielder Adrien Rabiot.

According to The Athletic, United are interested in former West Ham and Stoke City forward Arnautovic. The Red Devils have presented an 8 million euro offer to Bologna for his services, with the player having previously worked under both the club’s current manager and assistant manager, Erik ten Hag and Steve McClaren, at FC Twente.

However, former club captain and a TV pundit Gary Neville isn’t a fan of the links, slamming the Red Devils’ scattergun approach towards their transfer policy.

“I’ve got a comment on everything in the world, apart from Manchester United signing Marko Arnautovic. I’ve got nothing to say.”

“We’ve seen Radamel Falcao, Zlatan Ibrahimovic, Edinson Cavani, Odion Ighalo – desperate, it’s a pattern. It’s happening time and time again. I don’t even get angry or animated about it anymore. I’m not going to comment about it,”

he said on Sky Sports.

Meanwhile, Manchester United have moved on from Frenkie de Jong and are now focusing their efforts on signing Rabiot in a deal worth 15 million pounds. According to The Guardian, the two clubs have agreed to a transfer fee in that region, but personal terms are still to be matched with the player’s mother and agent, Veronique.

Rabiot joined Juventus in 2019 on a free transfer from boyhood club Paris Saint-Germain. However, the France international has failed to nail down a regular starting position in the first team throughout his time in Turin and is one of the players the Bianconeri are willing to sell this summer, a year before his contract is due to expire.

The 27-year-old midfielder also has 29 caps for the French international team. He has scored twice for Les Bleus so far.