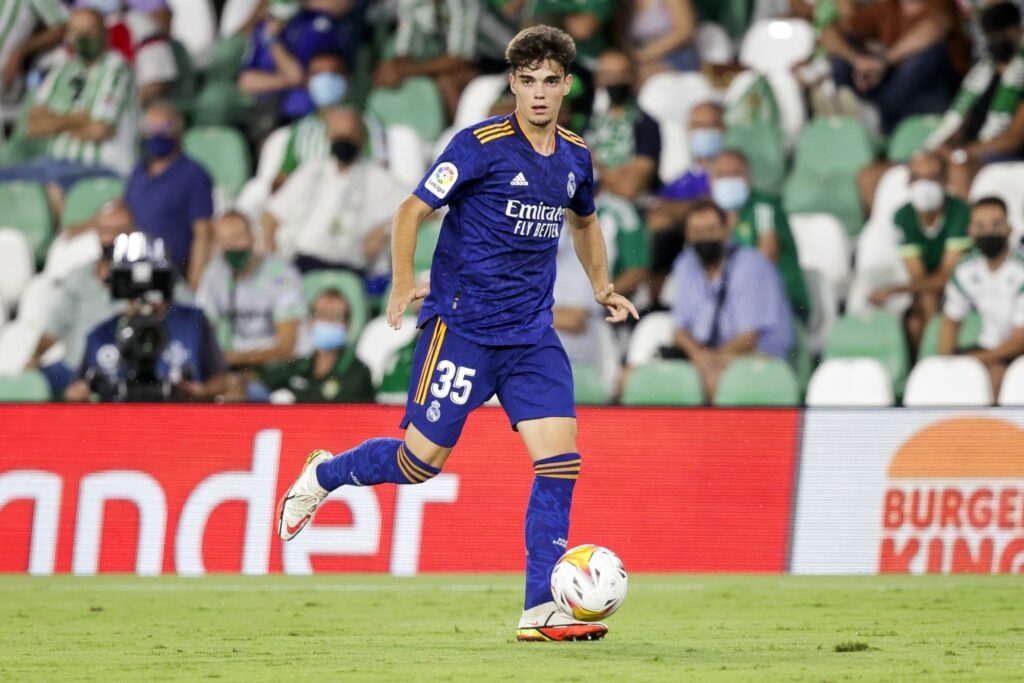 Newly-promoted LaLiga side Girona FC have signed defender Miguel Gutierrez from Real Madrid on a permanent basis. The 21-year-old, who join the club’s academy system back in 2011, has agreed a four-year contract in Catalonia, with a fee reportedly in the region of 5 million euros.

The highly rated full-back broke into the Los Blancos’ first team at the tail end of the 2021/22 season, but he only made three league appearances last season. His lack of playing time fueled speculation about a move away from the Spanish capital for the Madrid native, with Girona eventually completing a deal for Gutierrez.

He was a member of Spain’s Under-19 European Championship-winning team in 2019, and he also won the UEFA Youth League with Real Madrid under legendary striker Raul Gonzalez in 2019-20. He made only nine first-team appearances, spending the majority of his time at the club with Real Madrid Castilla B, the club’s ‘B’ team.

“Our club would like to thank him for his hard work, commitment and dedication throughout his time at Real Madrid, and wish him and his family the very best in this new chapter of his life,”

Gutierrez was expected to be a valuable player for Real Madrid when he made his first-team debut two years ago. However, Los Blancos have decided to sell half of his rights now, implying that the player was not in Carlo Ancelotti’s plans.

Another notable name to join Girona on loan is New York City forward Valentin ”Taty” Castellanos, who topped the MLS goalscoring chart in 2021.

Girona are back in the Spanish top-flight after a three-year abscence. Michel Sanchez’s side will kick-off their LaLiga campaign against Real Zaragoza on August 7.