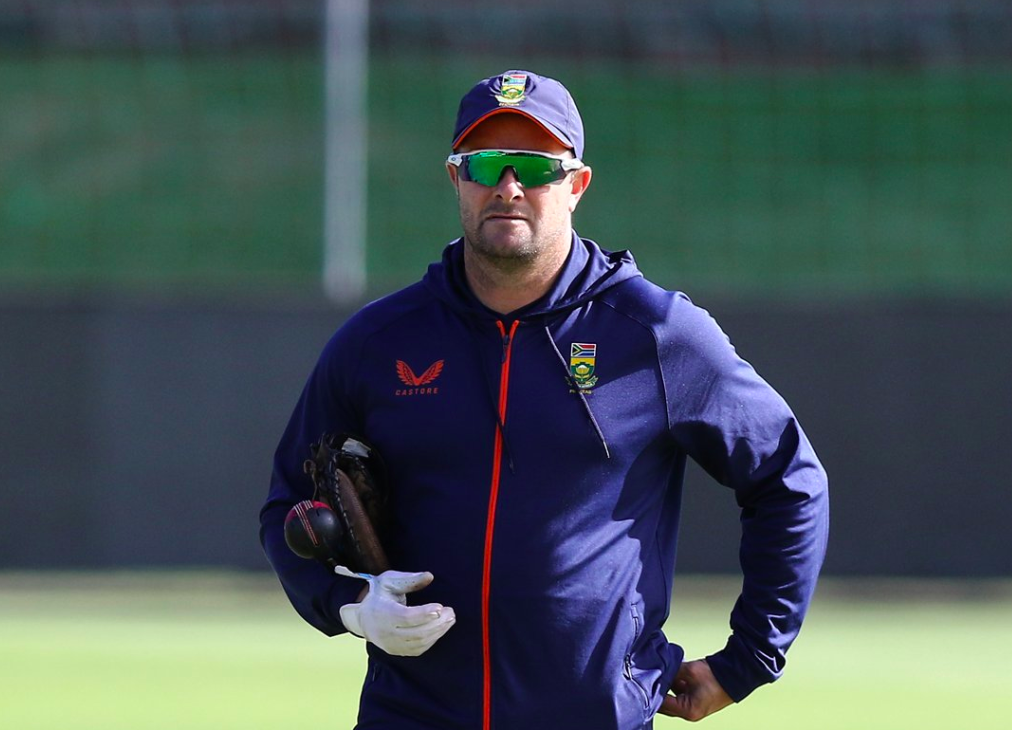 Fast bowler Kagiso Rabada missed the third T20I against England and the following two matches against Ireland due to an ankle injury. The Proteas had already suffered a huge blow when Temba Bavuma was ruled out of the England tour with an elbow injury. They would do everything in their power to get Rabada fit and firing for the Test series, says the head coach Mark Boucher.

Rabada was rested from the ODI leg of the tour to manage his workload. He played two T20Is but was forced out of the third game and the following two T20Is against Ireland after injuring ligaments in his left ankle.

The 27-year-old has been in recovery and the team management is looking to work his fitness up gradually. Speaking after their 2-0 clean sweep over the Ireland national team, Boucher said they will do their best to get Rabada match fit for the first Test against England, scheduled to start on August 17 at Lord’s Cricket Ground.

“KG bowled a bit today and he will be bowling a bit tomorrow. He seems to be fine. But we will try and work him back. His loads are a little bit low at the moment but we will do everything in our power to try and get him fit for the first Test,”

The head coach understands how crucial the fast bowler is to the Test side and added that getting him fit is the biggest priority of the team at the moment.

“That’s the biggest priority for our Test side – to get KG firing. We know what an important part of the team he is. That’s our biggest goal: to try and get him fit for the first Test.”

Rabada didn’t look at his best in the two T20Is against England, bowling seven overs and picking 1 for 75. Before that, he bowled 13 overs on the tour of India, returning 2 for 86. The speedster has not played in the red-ball format since South Africa’s tour of New Zealand that took place in February-March. He was their top wicket-taker on the tour, and missed the Bangladesh series at home due to a direct clash with the Indian Premier League.

South Africa, who are currently leading the World Test Championship table with a 71.43 points percentage, will be desperate to have Rabada fit, having already lost Bavuma ahead of the tour.

The challenge in front of them will not be not easy as the England Test side has looked rejuvenated under captain Ben Stokes and coach Brendon McCullum. In June, England hammered the Kiwis in a three-match Test series at home, pulling off three successful run-chases.

Rabada has been the leader of South Africa’s attack for several years. His record includes 243 wickets in 52 matches at an average of 22.41. The player has claimed 11 five-wicket hauls in an innings and four 10-wicket hauls in a match.