The Hundred: Lyth, Brook shine as Superchargers edge out Originals 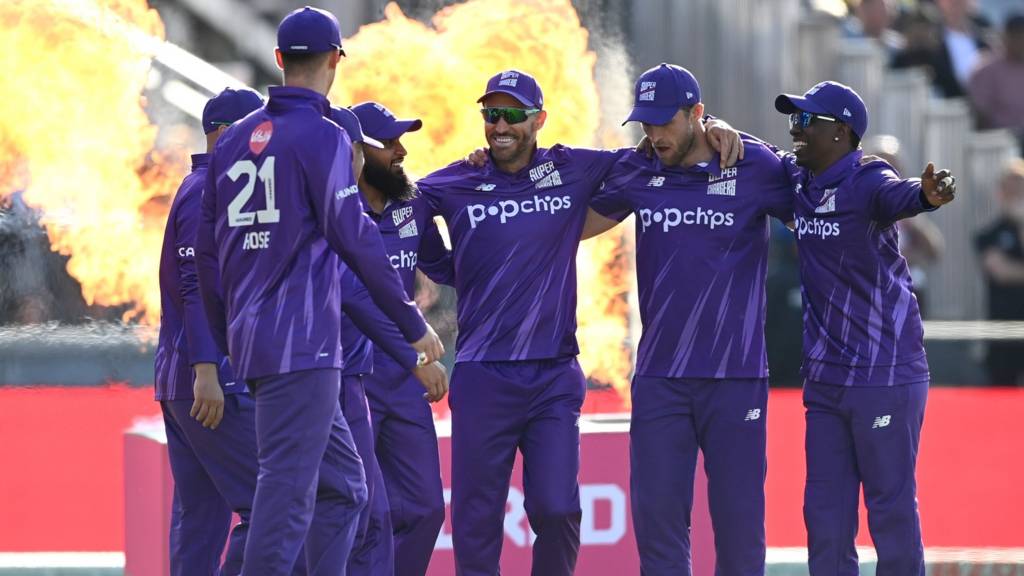 Northern Superchargers defeated Manchester Originals by six wickets in the third match of the Hundred men’s competition at Old Trafford on August 6.

Adam Lyth, David Willey and Harry Brook were the star performers for Northern Superchargers as they won with six wickets and six balls to spare.

Manchester Originals were sent into bat first. They lost Phil Salt early, but Jos Buttler returned to form with some blazing shots. Wayne Madsen and England’s white-ball captain added 84 runs for the second wicket in 55 balls. The former was dismissed for 43 off 26, while the latter went on to score 59 off 41.

Andre Russell and Paul Walter provided them with a much-needed push at the back end with a 43-run stand in 20 balls. Walter smashed 23 off 10 while Russell made up for his slow start, remaining unbeaten on 29 off 20 as Originals posted 161/4 in 100 balls. Willey was outstanding with the ball, picking 2 for 24 in his set of 20 balls. Adil Rashid slowed the run-flow in the middle and end overs with 1/20 off his quota.

Lyth and Faf du Plessis got Superchargers off to a flying start before Russell’s diving catch sent the South African back. Lyth smashed a magnificent 51 off 30 to put the team in a strong position at the halfway mark. Their innings stalled a bit, but Willey’s 29 off 21 was crucial to bring them back in the game, with 35 needed off 19 when he was dismissed.

Brook, who struggled for timing early in his innings, took on the left-arm spinner Tom Hartley in the 18th set, taking 18 runs in five balls. David Wiese then finished the game off with a six and a four.