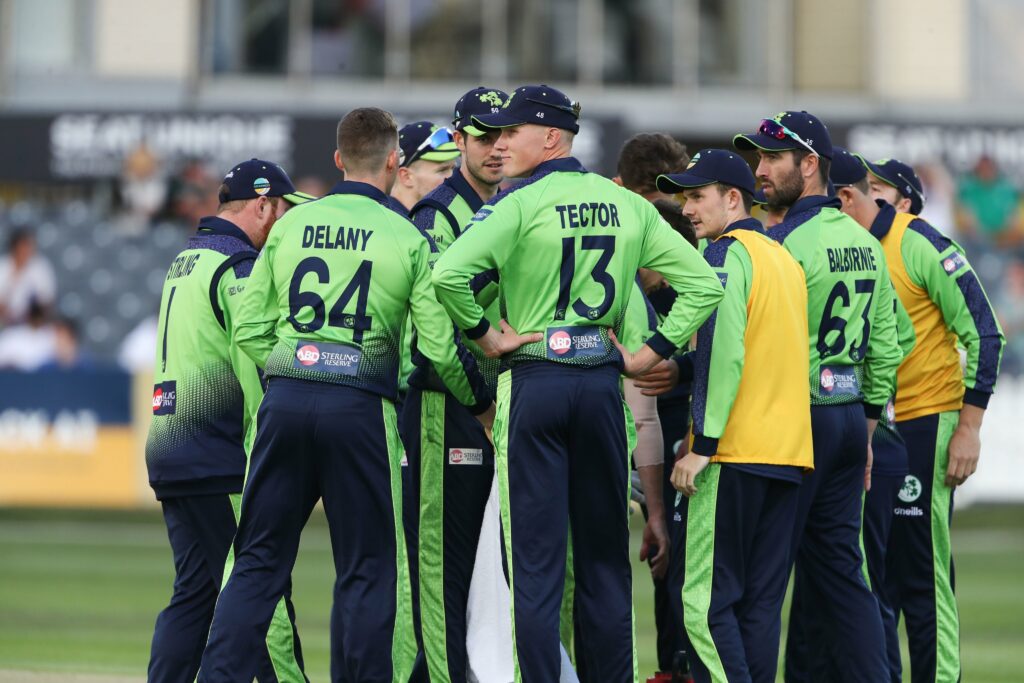 The Proteas just about managed to mitigate a serious Irish threat on their way to a victory in the first of the two-match T20I series at the Gloucestershire Stadium on August 3.

Ireland once again proved that they perhaps belonged at the highest level, approaching the huge run chase with positive intent and getting pretty close to the target. However, Reeza Hendricks and Aiden Markram’s excellent half centuries turned out to be the difference as the Proteas walked away with a victory.

Stand-in skipper South Africa captain Keshav Maharaj won the toss and decided to bat first on a good-looking track. Although the side did lose two huge wickets in the form of Quinton de Kock and Rassie van der Dussen, the start was quite fluent for the Proteas, who got over 50 runs in the powerplay.

However, the real knock-out blow was delivered courtesy of Reeza Hendricks and Aiden Markram who took apart the inexperienced Irish attack. The two added 112 in 10 overs, setting the side up for a big total. The young Tristan Stubbs proved his worth yet again with a brilliant cameo, while all-rounder Dwaine Pretorious also chipped in with an invaluable 21 off just seven balls, as his side got to 211/5.

In response, Ireland lost quick wickets up front, but Balbirnie and T20 stalwart Paul Stirling did set the tone for the rest of the innings. Wickets fell quickly at the other end, and Harry Tector delivered yet another stunning one.

Only George Dockrell gave him some form of support, playing an innings of 43 before getting dismissed by Pretorious. Tector was also dismissed before the Proteas eventually wrapped things up, winning the first encounter of the two-game series by 21 runs.