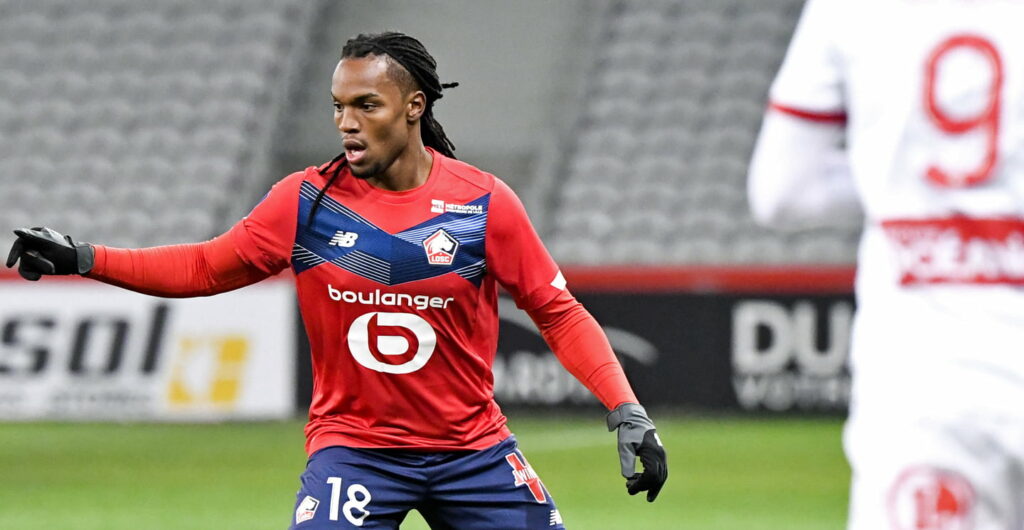 Paris Saint-Germain are in the process of completely overhauling their midfield. The Parisians are on the verge of offloading Georginio Wijnaldum, Idrissa Gana Gueye, and Leandro Paredes and signing Renato Sanches fro OSC Lille.

The Parisians have agreed a 15 million euro transfer fee with Lille for the Portuguese – reports Fabrizio Romano. The Ligue 1 champions have beaten competition from AC Milan, who seemed to be Sanches’s preferred destination until recently.

Furthermore, as per Sempre Milan, Sanches’s decision to reject Milan and sign for Paris is two-fold. Firstly, PSG offered the 24-year-old a yearly salary of 6 million euros, more than what the Italian giants offered.

Secondly, the player chose a reunion with former Lille head coach Christophe Galtier and sporting director Luis Campos in Paris, ahead of working with Stefano Pioli and Paolo Maldini – the incumbents hold similar positions as their Parisian counterparts in Milan.

Finding himself surplus to requirements at a very young age at Bayern Munich, Sanches joined Lille in a bid to resurrect his career. That the Portugal international was able to do. He helped Les Dogues win an unprecedented league title in 2021/22 ahead of his future employers, PSG.

Sanches becomes a part of a revamped midfield in Paris. The Parisians have also signed youngster Vitinha from FC Porto last month and are in talks to offload Georginio Wijnaldum, Idrissa Gana Gueye, and Leandro Paredes.

Per Romano, Wijnaldum is in the final stages of completing a temporary switch to Jose Mourinho’s AS Roma. The Netherlands international hasn’t found his best form at PSG, the club he joined after leaving Liverpool on a free transfer last summer. The 31-year-old is on the verge of signing for the Giallorossi on loan for the 2022/23 season, which the club can redeem after a year should they so desire.

Gueye, 32, meanwhile, is nearing a return to Everton, the club he left to sign for PSG in 2019. The Toffees are working on the Senegal international’s signing along with that of Lille midfielder Amadou Onana.

Finally, Juventus are eyeing a move for Paredes, claims Corriere della Sera. The midfielder joined PSG from Zenit in the January of 2019 and is valued at a reported 17 million euros by the Parisians.