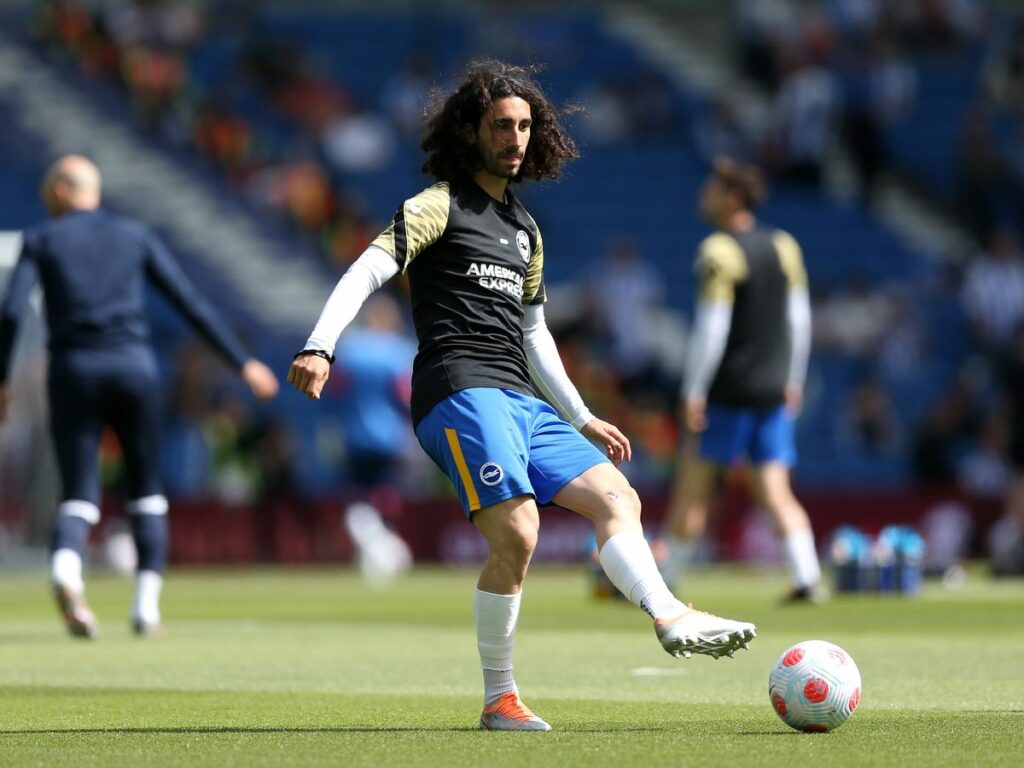 Brighton and Hove Albion released a statement refuting claims left-sided defender Marc Cucurella will join Chelsea in the near future. The Blues were strongly linked with the Spaniard, with several news outlets reporting on Wednesday evening that a total agreement had been found between the two clubs for the transfer of the player.

“Contrary to inaccurate reports from numerous media outlets this evening, no agreement has been reached with any club to sell Marc Cucurella,”

Chelsea had struck a deal with Brighton for Cucurella, agreeing to pay the Seagulls a 52.5 million pound transfer fee to seal the transfer ahead of Manchester City, who, while also interested in the player, walked away from the negotiations after failing to meet the asking price. It was also reported that the Blues would send youth product Levi Colwill in the other direction in a separate deal that would include a buy-back clause for a future date.

Chelsea are working on multiple fronts as the transfer window edges towards its eventual end; the Blues are planning up to five more transfers to strengthen areas across the pitch. For the slots up-front – where Raheem Sterling has already been signed – Thomas Tuchel and co are in talks with FC Barcelona hitman Pierre-Emerick Aubameyang over a potential return to the Premier League.

According to Fabrizio Romano, Chelsea are in talks with the representatives of the former Arsenal striker to explore the possibility of a transfer. However, a direct club-to-club link between the Londoners and Barcelona hasn’t been established.

Chelsea also met with the representatives of Slovenian striking sensation and next in the production line of promising RB Salzburg forwards, Benjamin Sesko. Manchester United are also keen on the wonder-kid, but neither side is close to striking an agreement with the Austrian giants as of now.