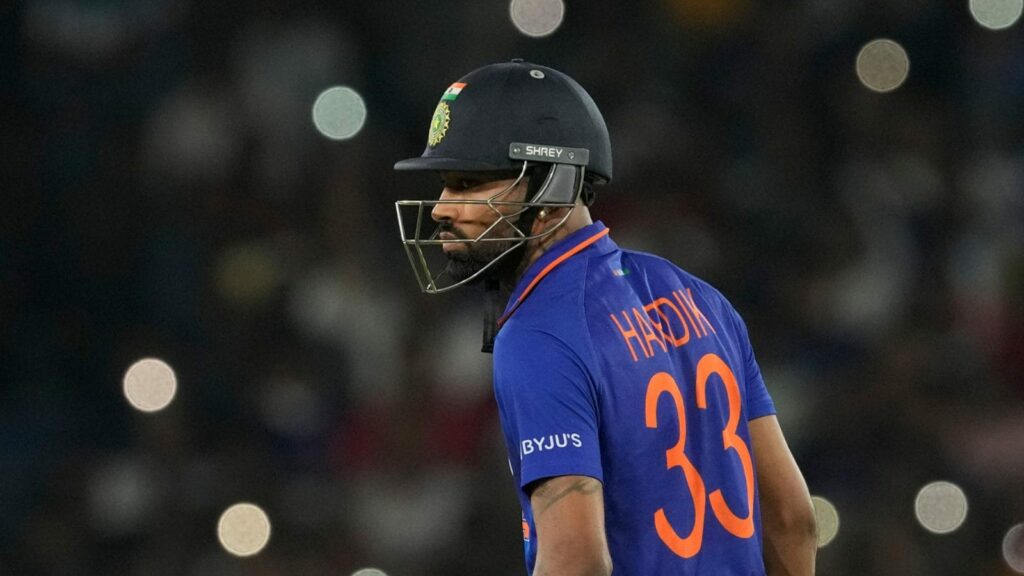 Given his recent consistent run, India all-rounder Hardik Pandya believed that he can fill in as India’s third or fourth seamer in T20Is on a consistent basis.

Suryakumar Yadav might have sizzled with a 44-ball 76, but it was Pandya’s disciplined spell earlier that laid the foundation for India to secure a seven-wicket win in the third T20I against West Indies in St.Kitts on August 3.

Having conceded a six off just the second ball of his spell, he returned 1/19 from his four overs, dismissing Brandon King to end a threatening 57-run opening stand to complete 50 T20I wickets in the format. That helped him become the first-ever India men’s cricketer to achieve a double of 500 runs and 50 wickets in the format.

Hardik has been one of the most improved cricketers in recent times, with his fitness and bowling upsurge making him a key player in India’s white-ball setup. Having led Gujarat Titans to the Indian Premier League 2022 triumph with a game-changing spell in the final against the Rajasthan Royals, the all-rounder has carried on the brilliance at the international level.

He has conceded just 53 runs from 10 overs combined in the ongoing series thus far, while having dismissed Kyle Mayers and King across the recent two outings. The 28-year-old is relishing the role of the third or fourth seamer, and is confident of excelling on that front in the long run.

“Yes, I used to bowl before. I used to be a filler in between when someone is not bowling well.

I can probably say I can bowl four overs now as a third seamer or a fourth seamer where I can contribute equally as I do with the bat,”

Hardik said after India’s win on Tuesday, per Cricbuzz.

“Obviously, I’ve enjoyed bowling. Again I’ve mentioned multiple times, that was the reason I felt I should take some time off to make sure my bowling comes off because I’ve realised when I bowl, it gives a lot of balance to the side; it gives a lot of confidence to the captain.”

The fourth T20I will be played in Lauderhill, Florida on August 6.