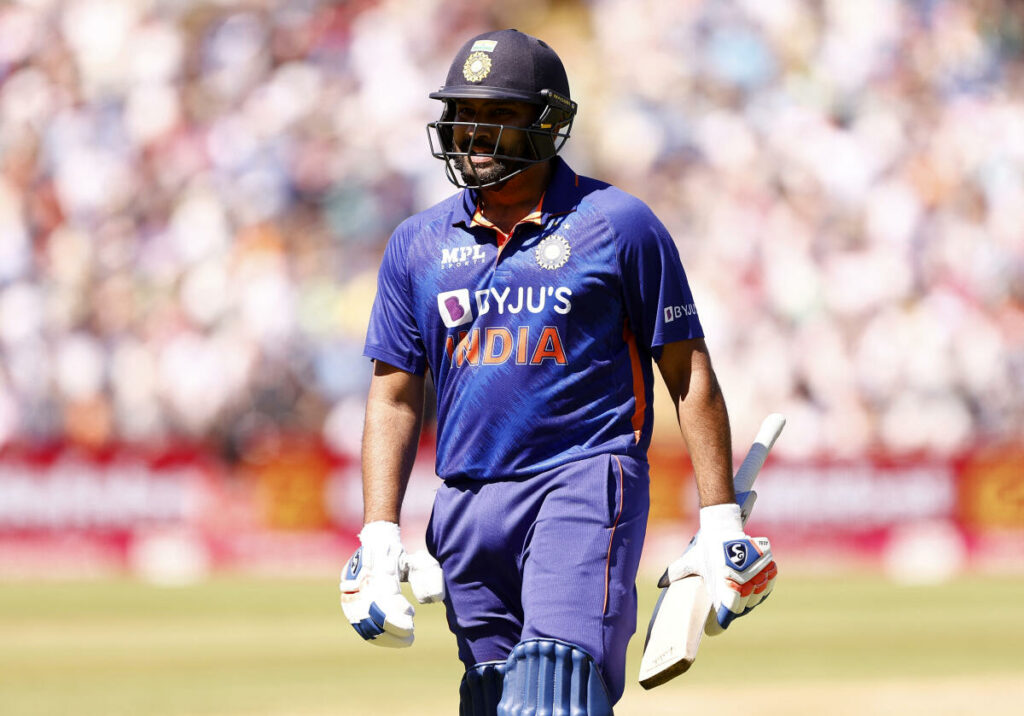 A back spasm forced India skipper Rohit Sharma to retire hurt during the third T20I against the West Indies on August 2 in St Kitts. Rohit’s injury is being monitored by the BCCI medical staff as the elegant opening batter hopes to recover in time for the fourth and fifth T20Is in Lauderhill on August 6 and 7.

The 35-year-old developed discomfort in his body after advancing to play a shot against Caribbean quick Alzarri Joseph in the second over of India’s run-chase in Basseterre. While he managed to drag the ball for a boundary through a deep fine-leg, he couldn’t recover to face the next delivery.

Feeling pain, the batter was immediately attended by the physio Kamlesh Jain, whose back he held when he left the field, retired with No.3 Shreyas Iyer walking in to continue the proceedings.

Speaking after the match as India secured a 2-1 lead in the five-match series, Rohit looked optimistic about returning in time for the fourth T20I even as fear spread around over his fitness once again amongst the fans and experts.

“It [my body] is okay at the moment. We’ve got a few days in between [now and] the next game, so hopefully [I] should be okay,”

he said at the post-match interview.

Rohit is the latest injury scare for the Indians, who had lost pacer Harshal Patel for the second and third T20Is due to a rib injury and also have spin allrounder Ravindra Jadeja doubtful for the remainder of the series.

Jadeja was rested by the team management for Tuesday’s encounter, having just returned from a knee injury. It isn’t clear if Jadeja’s knee issue resurfaced while playing the second T20I, but if it has, Rohit and company will not be taking any risks.

Rohit had been rested for the ODI leg of the Caribbean tour after a quick turnaround from the trip to England, where he missed the standalone Test match in Edgbaston after going down with Covid.