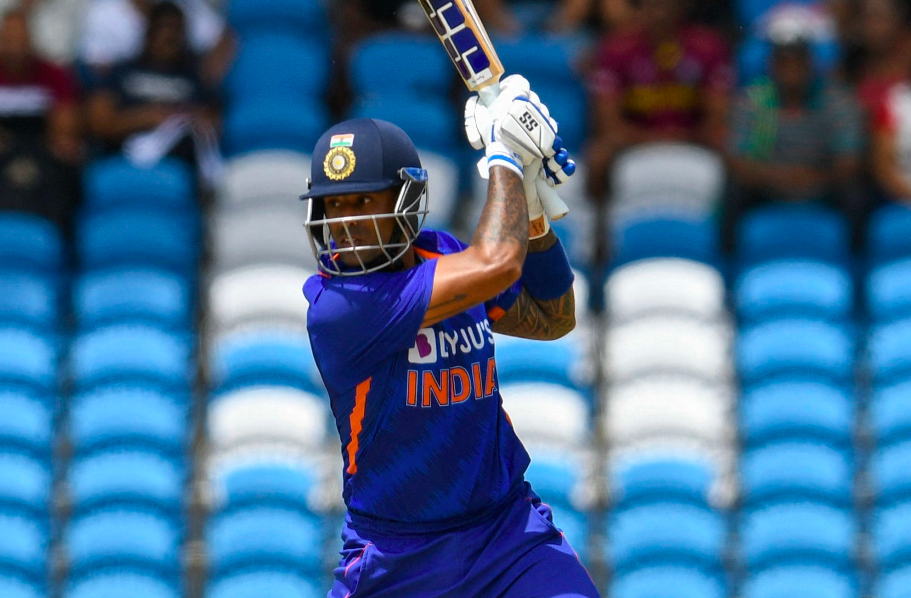 India outplayed the Windies with a clinical performance in the third T20I to re-establish a 2-1 lead in the five-match series. Suryakumar Yadav was once again the key to India’s success, scoring a fantastic 76 to take his side home.

Earlier, a good bowling output after what was a mediocre start restricted the Calypso Kings to a total of 164, which, considering the start that they got, should have been quite a bit higher. Hardik Pandya and Ravichandran Ashwin put up good performances with the ball to set up India’s victory. However, Rohit Sharma’s injury will be a cause for concern in the Indian dressing room, as the skipper hobbled off the pitch after facing just five deliveries.

Rohit won the toss and decided to bowl first on a decent track at Warner Park in St.Kitts. The hosts got off to a good start, with opener Kyle Mayers playing expansive strokes from the very beginning. He was the aggressor-in-chief, with Brandon King taking on more of a subdued role in the beginning. It was only towards the end of the powerplay that King started to take risks and go over the top, but even that was short-lived as Hardik sent his stumps flying.

Windies skipper Nicholas Pooran had a torrid time at the crease, struggling to even make contact with the ball at times. The big-hitting West Indian was stifled by some tight bowling through the middle overs from the Indian bowlers. Pooran was on 14 off 19 deliveries at one point before eventually being dismissed for an uncomfortable 22 off 23.

However, Mayers almost made up for the inefficiency of his teammates, as he looked the most comfortable among the West Indian batsmen. Nevertheless, his stay came to an end at perhaps a crucial juncture, getting dismissed for a 50-ball 73 in the 17th over. The Windies finishers did do a decent job, with Rovman Powell and Shimron Hetmyer getting some boundaries in the final two overs to take their side to 164/5.

Chasing 165, India got off the blocks quite quickly, as the versatile Yadav smashed two boundaries off his first four balls. Rohit was lucky, getting two streaky boundaries, including a six courtesy of a dropped catch by Dominic Drakes at deep square leg. However, Sharma seemed to have suffered an injury and decided to head back into the pavilion, in what was a call made not to aggravate the condition.

Nevertheless, SKY continued as if nothing had happened, bludgeoning the bowlers to all parts of the ground. Shreyas Iyer played the role of second fiddle to perfection, holding ground at one end while Suryakumar took the Windies to the cleaners.

Iyer was eventually dismissed by the talented Akeal Hossein, who beat the Delhi batsman for pace, leading to an easy stumping. Yadav also fell shortly after, falling prey to Dominic Drakes. The twin blow did not seem to cause any panic in the Indian lineup, even though Hardik also had to take the long walk back to the pavilion.

However, this was not surprising in the least, considering that only a catastrophe could take the match away from the Indians. Rishabh Pant was present till the very end, playing a mature knock of 33* to take India 2-1 up in the five-match series.