“If you don’t give opportunity to them you will never find out”: Sharma on Avesh and Arshdeep’s potential 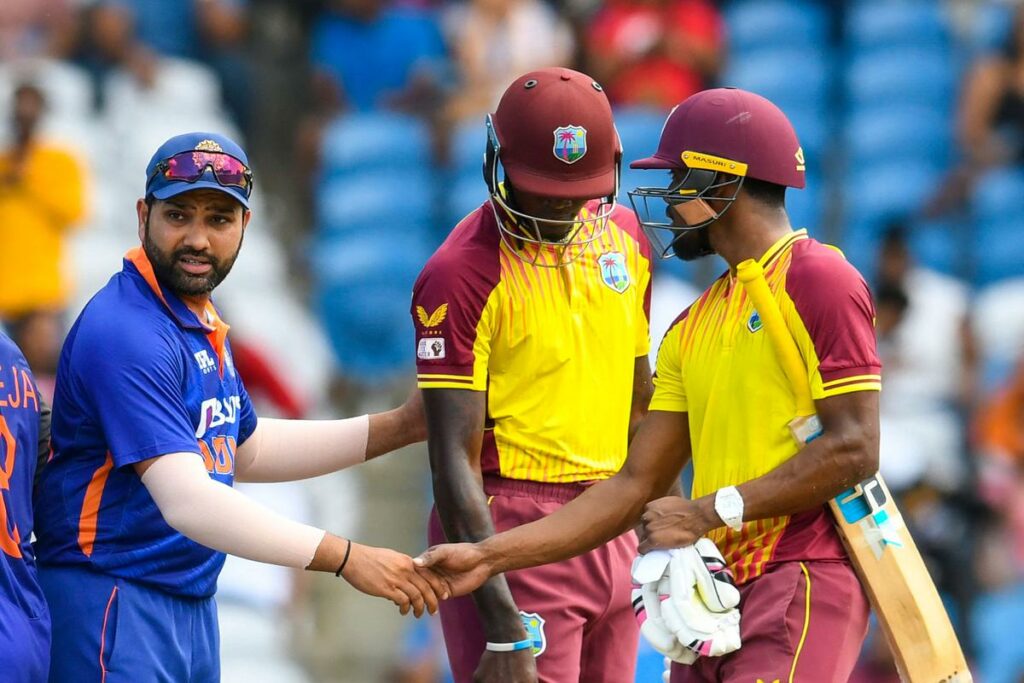 The India skipper defended his decision to bowl Avesh Khan over Bhuvneshwar Kumar in the final over after India’s five-wicket loss in the second T20I against West Indies on August 1.

India had a good chance of victory in the second T20I at Warner Park in St Kitts, with the hosts needing 10 runs to win in the last over. However, the decision to bowl Khan didn’t go well for them, as Devon Thomas finished the game in just two deliveries.

Indian bowlers did a great job to bring the team back in the game after posting only 138 in the first innings. Barring Bhuvneshwar, all the other five bowlers picked a wicket each, bringing down the equation to 10 off the last over. Avesh, however, started the over with a no-ball and then conceded a six and a four.

Rohit Sharma attracted some criticism for the decision as Kumar had two overs left from his quota. He defended his decision in the post-match interview, saying that everyone knows what Bhuvneshwar can do, but if India are to find out the true potential of youngsters, they must be put in such situations.

“It’s all about giving opportunities. We know Bhuvneshwar, what he brings to the table, but if you don’t give opportunity to Avesh or Arshdeep you will never find out what it means to bowl at the death for India. They have done it in the IPL. Just one game, those guys don’t need to panic. They need backing and opportunity,”

Rohit was quoted as saying by the Indian Express.

Earlier, India struggled on a pitch that offered significant pace and bounce. The left-arm pacer Obed McCoy ran through the Indian batting line-up, claiming 6 for 17 – the best bowling figures in a T20I for the West Indies.

Rohit addressed the failure to put enough runs on the board but understands that India’s new, more attacking approach will have its off days.

“We didn’t bat well. Pitch was playing quite nicely but we didn’t apply ourselves. But that can happen. I have said again and again that when you are trying something as a batting group, it won’t always work out. We will try to see our mistakes and look to correct them.”

The five-match T20I series between the two teams is now leveled 1-1. The third match will take place at Warner Park on August 2.