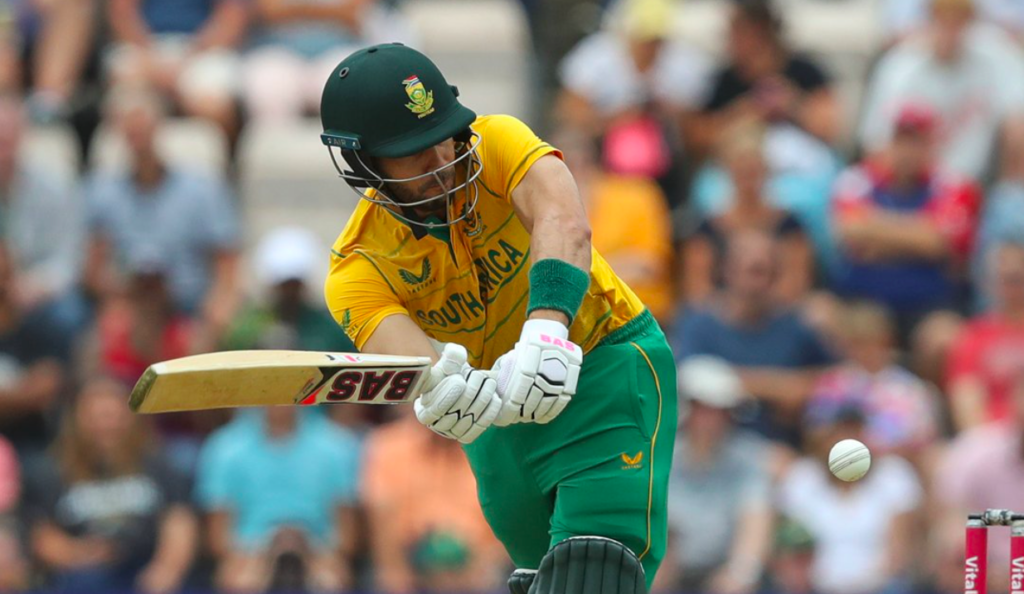 Reeza Hendricks scored 70 off 50 while Tabraiz Shamsi claimed career-best 5 for 24 as South Africa defeated England by 90 runs in the third and final T20 International at Southampton on July 31. As a result, the visiting side clinched the series 2-1.

Hendricks was terrific with the bat, scoring his third consecutive fifty of the series and making a strong case for the World Cup selection. David Willey removed Quinton de Kock for a duck in the first over of the innings, but Hendricks and Rilee Rossouw (31 off 18) then added 55 off 35 for the second wicket.

Aiden Markram, who was rested from the first two games, smashed a brilliant 51* off 36 as he and Hendricks added 87 runs for the third wicket. SA had an outstanding acceleration at the back end, smashing 98 runs in the last eight overs – all of it with a solitary six in the innings as the visitors understood the need not to go for too many aerial shots at the ground with big boundaries. David Miller’s 9-ball 22 propelled them to 191/5 in 20 overs.

England could not get off the blocks quickly and lost both the openers inside the powerplay. The wickets then kept tumbling without any significant contribution. Tabraiz Shamsi was superb in the middle overs, dismissing Liam Livingstone, Sam Curran and David Willey.

He finished with career-best figures of 5 for 24 in his four overs. Keshav Maharaj removed two key batters in Jos Buttler and Jonny Bairstow, finishing with 2 for 21 as they wrapped the hosts for 101.

South Africa have developed into a terrific T20 side in the last year or so, while England have plenty to ponder, having lost both the T20I series this season.