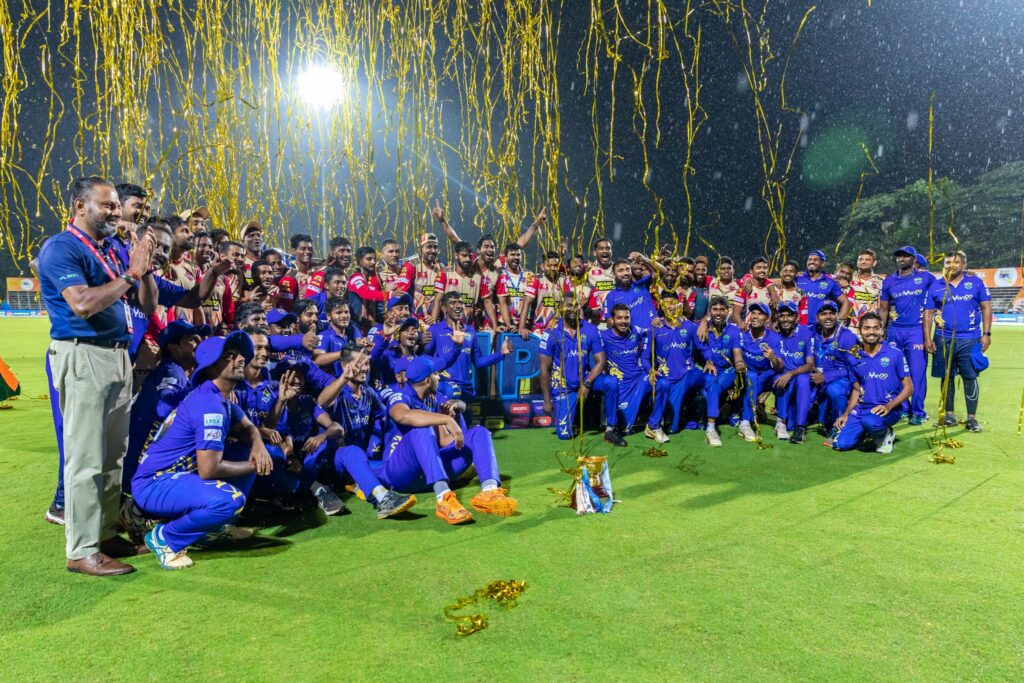 The action-packed Tamil Nadu Premier League 2022 had an anticlimactic end to the season as rain forced the final between Lyca Kovai Kings and Chepauk Super Gillies to be abandoned. The two finalists were announced joint winners of the tournament.

The Kings were in a strong position, having reduced the opponents to 14/2 in four overs. They only needed to bowl one more over to constitute the match, with Chepauk Super Gillies needing 40 at the end of five overs, but it started pouring in, and the players had to walk off.

Earlier, the match was reduced to 17 overs per side before a ball was bowled. Ganga Sridhar Raju (27 off 17) and Sai Sudharsan got LKC to a good start after losing an early wicket. The latter scored a terrific 65 off 42, with eight fours and a six, while M Shahrukh Khan added 22 off 17 at the back end, taking the team to 138/9.

Sandeep Warrier and R Sai Kishore were terrific with the ball for Super Gillies. Warrier snared 4 for 29 in his four overs while Kishore picked 3 for 26.

The Kings had a fantastic season, finishing fourth and then defeating Siechem Madurai Panthers in the Eliminator, followed by a victory over Nellai Royal Kings in the Qualifier 2. Chepauk Super Gillies had finished second on the points table and then overcame the table-toppers Nellai Royal Kings to reach the final.

Sanjay Yadav from Royal Kings was named the ‘Player of the tournament’ for his incredible performance, having scored 452 runs in nine innings at an average of 90 while striking at 187. He also picked six wickets with the ball, conceding at 8.03 rpo.