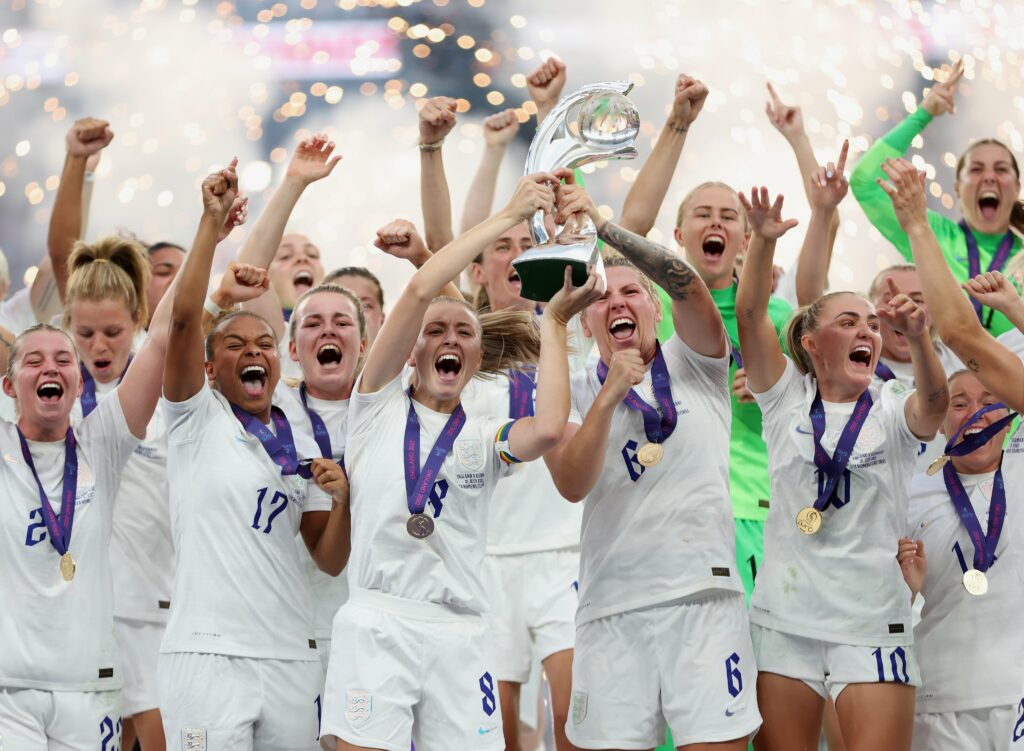 Chloe Kelly’s 110th-minute goal helped the England women’s team beat rivals Germany in a closely-fought final of the 2022 UEFA Women’s Euro. By winning the tournament, the Lionesses brought England its first piece of silverware in 56 years.

A year after the Men’s team suffered heartbreak at the pitches of Wembley, the England team brought the nation its first piece of international silverware since the FIFA World Cup in 1966. The Lionesses beat rivals Germany 2-1 in front of almost 90,000 spectators inside the stadium, a 110th-minute goal from Manchester City’s Kelly the difference between the two.

Backed by raucous home support, England ran rampant in the early stages of the clash, creating chance after chance but lacking the all-important final ball and finish. In comparison, the closest Germany came to opening the scoring at the other end was through an almighty scramble inside the England box from a set-piece. Mary Earps and her defence, however, stood firm to repel the danger.

Delirium ensued inside Wembley two minutes past the hour mark when substitute Ella Toone gave the Lionesses the lead. She timed her run to perfection between the two German central defenders to get on the end of a sensational pass by Keira Walsh – the midfielder threading the needle from inside her own half – and chipped the ball delicately over an onrushing Merle Frohms.

However, a momentary lapse of concentration at the other end by the “home” side saw Germany level the game. Lina Magull scored the equalizing goal that pushed the tie into extra time, getting ahead of Chelsea’s Millie Bright to tap home a cross from close range.

Nonetheless, England wrapped up the win ten minutes from full-time when Kelly, pouncing on a knockdown by Lucy Bronze, first drew a save from Frohms and then poked in the rebound from close.

In the aftermath of the final, Beth Mead was voted the Player of the Tournament and handed the Golden Boot – the attacker had scored six and created five. Germany’s Lena Oberdorf was named the competition’s best young player.