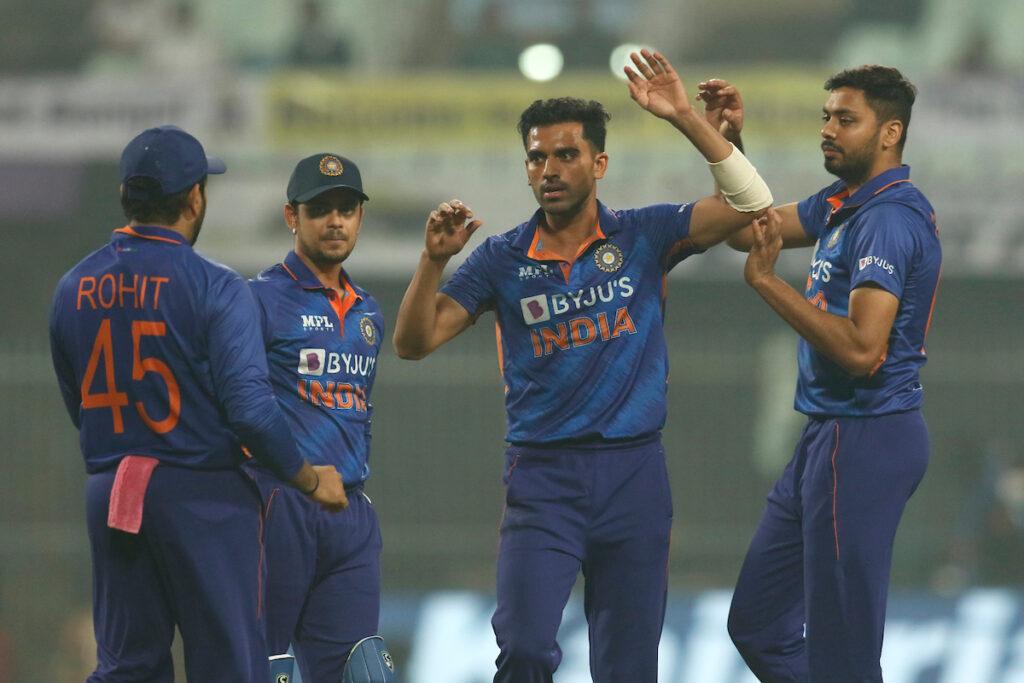 Deepak Chahar and Washington Sundar made their returns as India announced a second-string squad, with as many as nine first XI players missing, for the tour of Zimbabwe next month. The two players are coming back for the three-match ODI series, part of the ICC Super League, after their respective injury layoffs.

In Chahar’s case, the injury problems began in February when he turned out for the T20I series at home against the West Indies. The pacer was initially out of the side due to a quadricep tear but picked up a back injury, too, while undergoing his rehabilitation process at the National Cricket Academy.  The right-arm seamer subsequently missed out on the IPL 2022 for Chennai Super Kings and has also skipped series against South Africa, Ireland, England and WI in this timeframe.

Sundar, who also last featured for India during the ODI series in February versus the Calypso Kings, makes his return to the side after nearly six months. The young spin allrounder went through an extended rehab for a hand injury he picked ahead of the T20Is during the Indian season and recovered last month.

He is currently in the UK, rejuvenating himself via a county stint with Lancashire. Sundar recently picked up a five-fer in the County Championship, also scoring a critical 34 not out to close out a win for his club.

Set for a comeback into the playing XI is also wristspinner Kuldeep Yadav, who got the nod from NCA medical staff recently to make his return in the squad for the ongoing T20I series in the Caribbean. He had been sidelined since the end of IPL 2022 with a hairline fracture in his right wrist, forcing him out of the home series versus South Africa and tours to Ireland and England.

Veteran opening batter Shikhar Dhawan will continue to lead an alternate ODI squad after guiding the side successfully to a 3-0 whitewash over the West Indies last week. Dhawan will not have Shreyas Iyer, Suryakumar Yadav, Ravindra Jadeja, Yuzvendra Chahal, and Arshdeep Singh, who were picked for the West Indies ODIs, for company during the Zimbabwe trip.

In the absence of both Iyer and Suryakumar, the selectors have handed a maiden ODI call-up to Rahul Tripathi, who had been picked for the Ireland T20Is without making his debut.

The selectors have rested regular captain Rohit Sharma, Virat Kohli, Jasprit Bumrah, Mohammad Shami, Rishabh Pant, Hardik Pandya for the series that ends only five days before the start of the Asia Cup T20 in UAE from August 27, with the tournament considered critical to India’s preparations T20 World Cup 2022 in Australia.

One more of India’s first-choice star KL Rahul has been sidelined from the short tour of Harare as he continues to recover from the untimely positive test he gave for Covid-19 while going through the final stage of his rehab from a groin surgery at the NCA in Bangalore.

Rahul has not played any form of competitive cricket since the conclusion of the IPL 2022. He went through surgery for his groin issue in June, skipping the T20Is against South Africa and Ireland. Upon return, the elegant opener spent time at the NCA and was set for his comeback via the T20I series in the Caribbean until he gave a Covid-positive test.

There were reports that Rahul has had a hamstring injury resurfaced on his body and is therefore not included in the squad for Zimbabwe ODIs. But the player clarified through a statement he is still overcoming the bout with coronavirus.