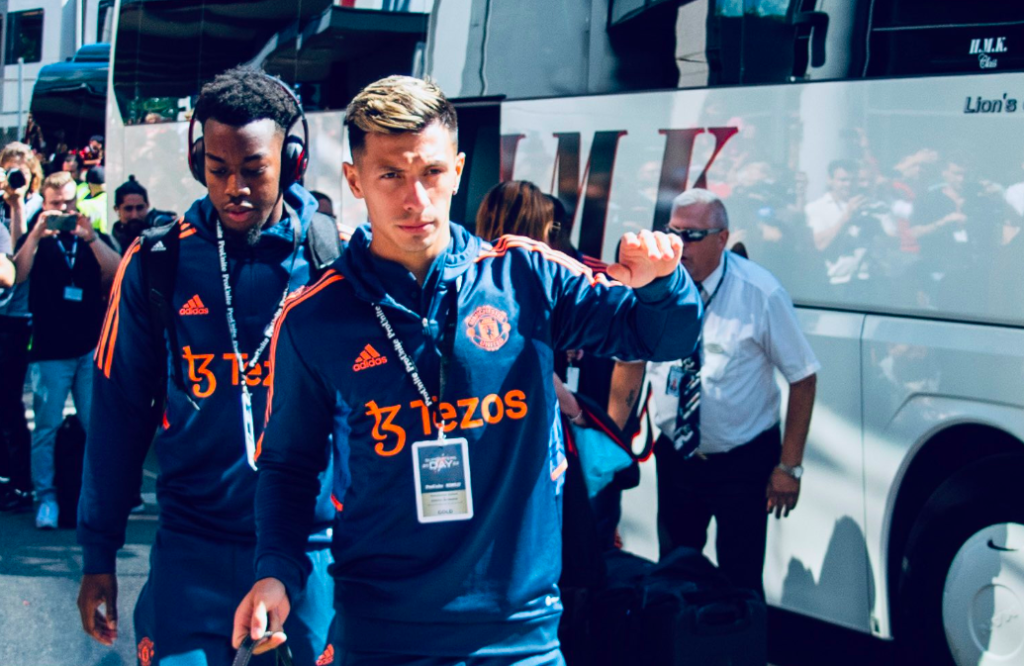 Lisandro Martinez joined Manchester United on a five-year deal – with the option for a sixth year – earlier this week. The Red Devils paid a hefty fee to AFC Ajax to be allowed to complete the signing. Arsenal, too, were interested in the Argentinian centre-back previously, but he chose a reunion with former Ajax boss Erik ten Hag in Manchester instead.

Speaking to the club media, the Argentine talked of Manchester United as one of the best clubs in the world, claiming that he is happy with his choice.

“Well, Manchester United I think is one of the best clubs in the world. Every player wants to play here. The opportunity was there, so I took it and now I’m really happy to be here,”

Martinez credited ten Hag with improving his overall performance, citing the Dutchman as one of the key reasons behind his move to Old Trafford. The 24-year-old also praised his former Ajax boss for his winning mentality, which he labeled his most important characteristic.

“Well, I was with him three years at Ajax and I know his style of playing. With him, I improved a lot to be honest. He’s here in Manchester now, so again the opportunity was there and for sure he’s very important in my career.”

“[He is] very intense, for sure. Good football. Winning mentality, you know? That’s the most important, yeah,”

The Argentine, who can play as a centre-back, a left-back, and a central defensive midfielder, will don the number six shirt during his time at Old Trafford. The number previously belonged to Paul Pogba, who signed for the club in a world-record transfer six years ago, but left this summer for free to Juventus.

Manchester United have made three additions to their squad this summer. Apart from Martinez and Eriksen, the club has also signed Tyrell Malacia from Feyenoord in a 15 million pound deal.