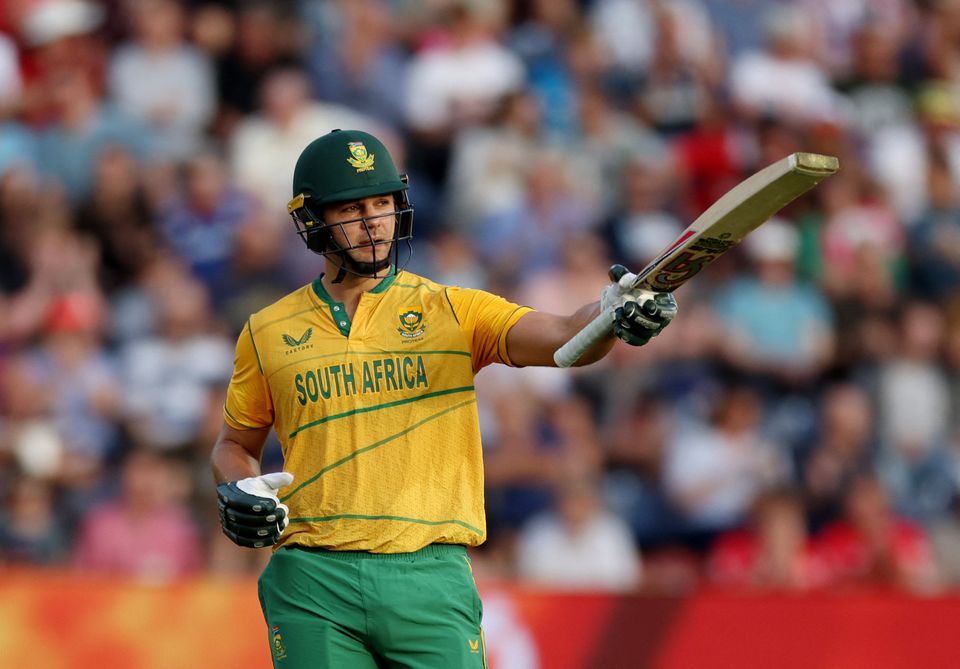 Having suffered a defeat in the opening T20I, the Proteas came out triumphant by a heavier margin in the second game of the three-match series against England in Cardiff this July 28. The visitors levelled the series 1-1 with a win by 58 runs, with top-order duo Rilee Rossouw and Reeza Hendricks and wristspinner Tabraiz Shamsi shining on the night.

Batting first, the tourists posted a gigantic score of 207/3 in their allotted 20 overs at the Sophia Gardens. They lost their veteran opening batter and former skipper Quinton de Kock (15) quite early into the piece but the Hendricks-Rossouw stand combined to lead their team’s surge to a massive score.

They shared a second-wicket partnership of 73 runs, with Hendricks going on to produce a free-flowing half-century. He struck 53 runs off 32 deliveries, including 3 fours and 2 sixes. The batter helped South Africa maximise the powerplay restrictions and was out caught when he was looking set for a more substantial effort.

That substantial effort was produced by Rossouw, who went on to smash an unbeaten 96 off 55 deliveries. Continuing from where he left in the T20 Blast in the UK, the comeback man dominated his way with bat in hand against an English attack that lacked enough depth and the quality to put a stop on run-scoring at his end.

The left-hander hit 10 fours and 5 sixes through his blistering effort at the crease and missed out on a well-deserved century by just four runs. Rossouw, though, would take heart from playing a knock that puts him back in contention for a spot at the T20 World Cup in Australia.

England failed to put a break on scoring throughout the first half, with only in-form left-arm spinner Reece Topley ending with figures of some respectability at 0 for 30 off his 4 overs.

Carrying momentum and scoreboard pressure with them into the chase, South Africa put the screws on England batters, especially their critical opening batter Jason Roy, whose painstaking 22-ball 20 derailed his team’s progress and put the onus on others to take the game back to the opposition.

Roy’s costly vigil at the crease meant the rest of the cast had to take excess risks for run-scoring, which subsequently led to wickets at regular intervals. Captain Jos Butter tried to break free via a 14-ball 29 but was soon outdone by the Proteas, as were Moeen Ali (28 off 17) and Jonny Bairstow (30 off 21).

Held back by some tight bowling and mounted pressure of the asking rate, England were eventually bundled out for 149 in the space of 16.4 overs, not even managing to bat their entire quota of 20 overs. Much of the credit for the same shall go to the spells delivered by Shamsi and Lungi Ngidi.

Shamsi was terrific with his control on the night, taking three wickets for just 27 runs off his 4 overs. The wristspinner reinforced his status as South Africa’s No.1 limited-overs tweaker with his performance.

Also not doing his chances any harm was Ngidi, whose death-bowling may be under major scrutiny but came up with a solid outing with ball in hand in Cardiff. The right-arm seamer picked up 2 for 11.

The pressure exerted by those two helped allrounder Andile Phehlukwayo chip away at the wickets column, finishing with figures of 3 for 39.