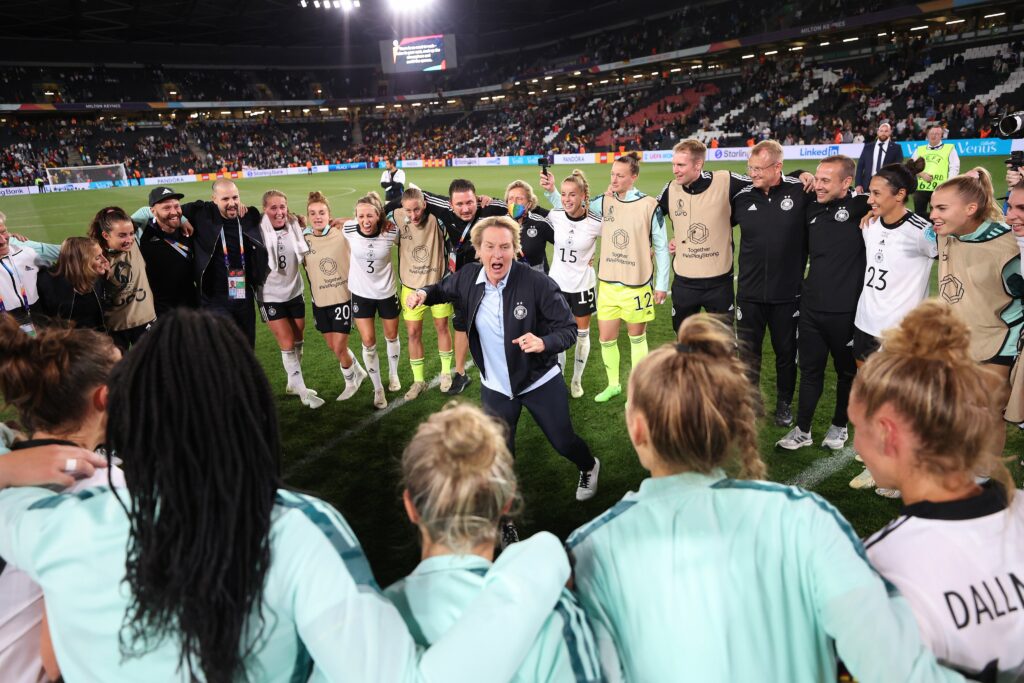 The Lionesses made a shaky start, but once Mead scored in the 34th minute, it was one-way traffic for Sarina Wiegman’s side, who became the first England women’s team to reach a major final since 2009.

England had three big chances to take the lead early on but were denied by the woodwork and paid a high price. In response, Mead made a great turn on the edge of the area to power a shot past Hedvig Lindahl, giving England a deserved halftime lead.

After the resumption of play, Bronze headed England’s second goal from a corner in the 48th minute, and Lauren Hemp missed a 3-0 lead when she fired against the crossbar from substitute Russo’s low cross.

Russo then displayed outstanding improvisation to take the game away from Sweden, sending a cheeky back heel through Lindahl’s legs. Kirby then topped it off with a lofted effort that the goalkeeper could only assist into the back of the net.

Meanwhile, eight-time champions Germany defeated France 2-1, with Popp scoring the opener in the first half and the winner in the second. The striker put Germany ahead in the 40th minute, sneaking in from the left to meet Svenja Huth’s fine cross and beat Pauline Peyraud-Magnin with a crisp finish.

However, France equalised less than four minutes later when Kadidiatou Diani unleashed a fierce drive on the turn that rattled off the post and flew in off the back of Merle Frohms.

After the pause, France had the better chances, putting intense pressure on the German defence, but they couldn’t break through. In the meanwhile, Popp won the game for the Germans with her sixth goal in five games, a superb header home off an excellent Huth cross in the 76th minute.