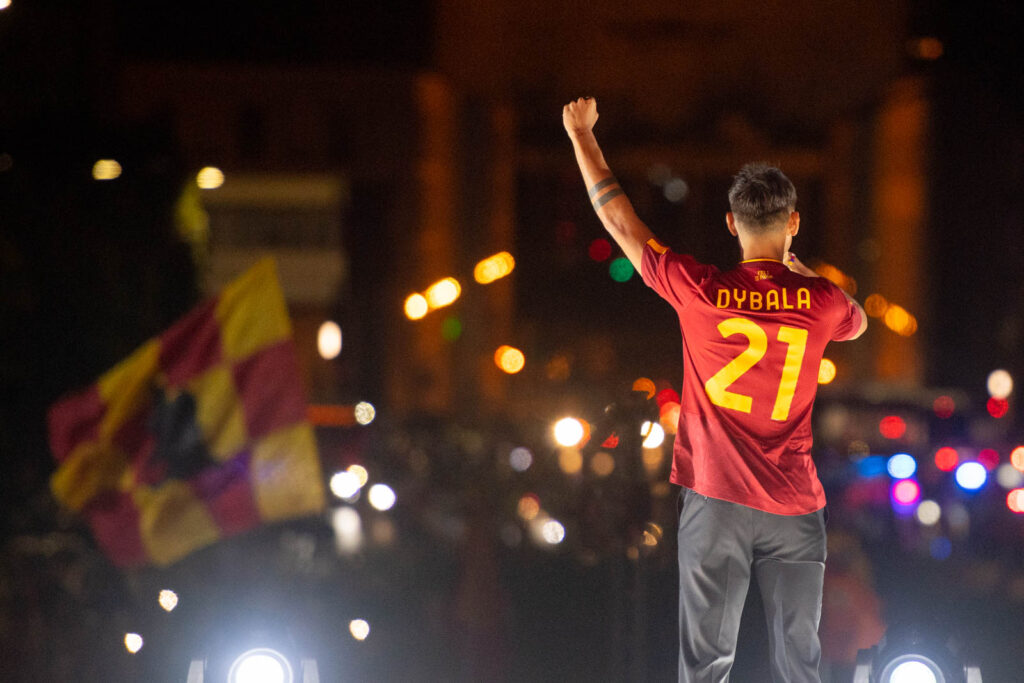 According to Corriere dello Sport, Paulo Dybala reportedly set a record for the most shirts sold in Italy in a single day after joining AS Roma. Earlier this week, the former Juventus playmaker agreed to terms with Jose Mourinho’s side on a three-year contract.

The 28-year-old has reportedly broken Cristiano Ronaldo’s record for most jerseys sold in a single day, which the Portuguese set when he joined Juve from Real Madrid in 2018.

The figures obtained by the five-time Ballon d’Or winner when he joined the Bianconeri in 2018 are lower than those obtained by Dybala after completing his free transfer to Roma last week. The club’s shops have been packed with fans trying to get the new shirt with the Argentine’s name on the back.

However, according to the Italian publication, which did not include Dybala’s figures, the Argentine – who was on the wishlist of some top European clubs – has dethroned Ronaldo as the player with the most merchandise sold in 24 hours.

“Since this morning we haven’t stopped for a moment, we’ve done nothing but print Dybala shirts,”

The story was the same on the club’s website. Fans were eager to obtain the new signing’s shirt. The Roman club offered the former Juventus and Palermo player the opportunity to inherit Francesco Totti’s no.10 jersey, which has not been worn since his retirement.

However, the attacker declined and will now wear the number 21. Dybala has chosen the same number he wears with the national team.

For a long time, it appeared that Dybala would be joining Inter Milan, but their decision to sign Romelu Lukaku on a loan deal from Chelsea, as well as their inability to offload players, meant that the deal could not be completed. Instead, Dybala will team up with Mourinho and try to form a partnership with Tammy Abraham.

The Giallorossi finished sixth last season but won the Europa Conference League – their first major European title – in May after defeating Feyenoord.