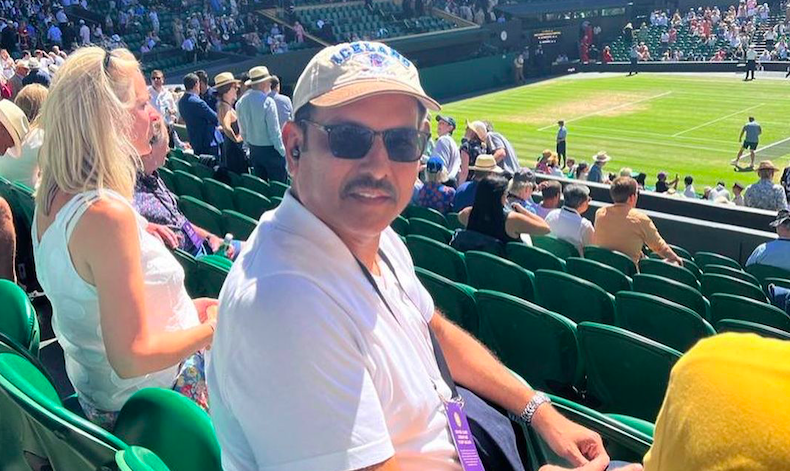 Former India head coach Ravi Shastri has come up with a radical suggestion to safeguard the future of Test match cricket in the sport’s future calendar. He believes one way to ensure the long-form game survives is to put emphasis on quality above quantity and reduce the number of Test playing nations to six.

With the inclusion of Afghanistan and Ireland back in 2018, the list of Test-playing countries increased to 12 from 10 as it stood since 2000 when Bangladesh were awarded the status amidst consideration of the huge popularity that the sport enjoys there.

Till 1952, when Pakistan played their first set of Test matches, the number of member nations playing the format were only six, with England, Australia, and South Africa joined by West Indies, New Zealand and India.

Those not overwhelmed by the idea of expansion of the game believe Test cricket was of much higher quality at the time, since first-class cricket, too, relished a strong presence in respective countries.

Shastri wants a return of that age of the Test match game. With the quality of the on-field play being Test cricket’s biggest selling point, the former cricketer opined that the one to ensure the format stays relevant in times to come is to keep the number of playing nations down to six.

“Test cricket will always remain. But if you want Test cricket to survive you cannot have 10, 12 teams playing. Keep the top six, keep the quality of cricket going and respect quality over quantity,”

He was speaking of the game’s potential future alongside co-commentators Mark Butcher, Michael Atherton, Shaun Pollock and Eoin Morgan.

The discussion was being held in the aftermath of the prominent England allrounder Ben Stokes‘ controversial recent move to quit ODIs aged only 31.  Stokes said it is “unsustainable” for him to give all three formats their due at a time when the cricket calendar has zero breathing space, a situation not helped at all by the proliferation of T20 leagues across the globe.

Shastri doesn’t think completely abandoning the ODI game is the way forward, especially with the 50-over World Cup still enjoying a sense of great primacy among the fans and the players. There is an ODI World Cup, each scheduled for 2023, 2027 and 2031, which makes it a necessity for member nations to give bilateral 50-overs cricket some priority.

But the former India head coach has been a longstanding believer in cutting down the number of T20Is that are currently played across the board.

While there has been a rapid rise in the amount of three-match and five-match T20I series scheduled by member countries – reflective of a strong willingness of the broadcasters to pay for the arrangements – Shastri has been vocal to reduce such bilateral affairs and keep the calendar lighter, with focus on ICC events.

“If you don’t see reality it is going to give you the biggest knockout punch you’ve ever got. You have to look at the demand and go with the economics of the sport,”