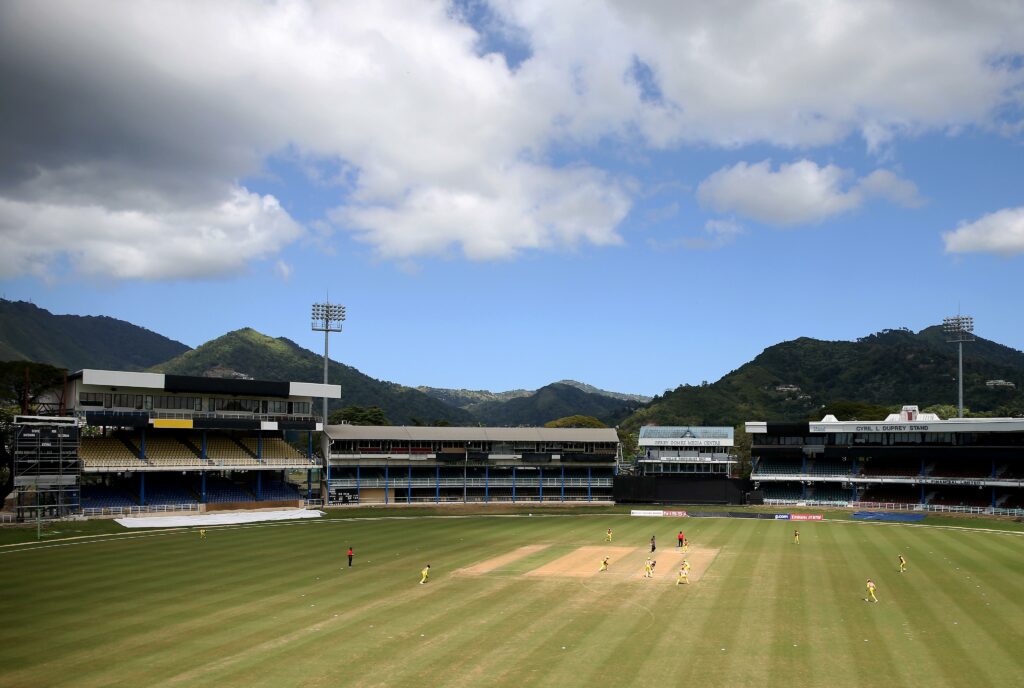 Team India are on the Caribbean shores for a limited overs series against West Indies from July 22 to August 7. They are slated to play three ODIs followed by five T20 internationals on the tour. The series will kick off with the first One-Day International taking place at Queen’s Park Oval on July 22.

The Windies are placed sixth on the CWC Super League table with 60 points from 21 matches and have almost qualified for the next year’s ODI World Cup after South Africa forfeited the series against Australia. India are the hosts of the mega event and have qualified automatically. They have won eight out of 12 matches in this Super League cycle. This series, however, does not count towards the league.

WI have had a torrid time in the format in recent times, losing four of the last five bilateral assignments. They were hammered 3-0 at the hands of Pakistan away from home in June. In the recently concluded home series, they were clean swept by Bangladesh.

They managed 149/9 in the first ODI against Bangladesh at Providence Stadium and lost by six wickets. The second game saw them get rolled over for just 108, and while the third game was more competitive, they only scored 178 and lost by four wickets.

India are coming off a 2-1 victory over England. They smashed the hosts by 10 wickets in the first ODI after their bowlers skittled out the hosts for just 110. The second game resulted in a 100-run defeat for India, and they had found themselves in a similar position in the series decider until Hardik Pandya and Rishabh Pant joined hands. Pant’s unbeaten 125 and Pandya’s 71 propelled them to a five-wicket win.

India will be without Hardik, Pant, Rohit Sharma, Virat Kohli, Jasprit Bumrah for this series. They will be led by Shikhar Dhawan, with plenty of fringe players getting opportunities to shine.

Yuzvendra Chahal is amongst the best white-ball spinners in the world with an ability to run through batting line-ups. He has a terrific record in ODI cricket, having picked 111 wickets from 64 matches at an average of 26.76. Chahal has two five-wicket hauls and four four-fors to his credit in the format. The leg-spinner did well against England, snaring 4/47 and 3/60 in the last two games.

Suryakumar Yadav is in the form of his life and will have a bigger role to play in the absence of other top players. He has played 10 ODI matches, scoring 310 runs at an average of over 44 while striking at 98. SKY has registered two fifties in the format. Though he scored only 43 runs in two innings against England, he remains a key player.

Nicholas Pooran has been an important player for West Indies. The left-hand batter has scored 1293 runs from 43 innings in the fifty-over format at an average of 35 and strike rate of 94. Pooran has one hundred and nine fifties to his name. He played a crucial knock of 73 on a difficult pitch in the last game against Bangladesh and picked a wicket.

Akeal Hosein has had a good start to his career in limited overs cricket. He has played 23 ODIs and has picked 36 wickets at an average 26.13 and economy of 4.53. The left-arm spinner has snared one four-wicket haul in the format. Akeal didn’t do well in the last series, picking only one wicket in three games but remains a key figure in the Windies bowling unit.

H2H: India have defeated the West Indies in all of the last five meetings.

West Indies have a struggling batting line-up with a lot riding on Shai Hope and Nicholas Pooran. Shamarh Brooks, Brandon King and Rovman Powell have also struggled for runs. The bowling options haven’t quite worked for them either. Jason Holder’s return will boost the side to some extent.

Looking at the teams and their current form, India will head into the first ODI as favourites.