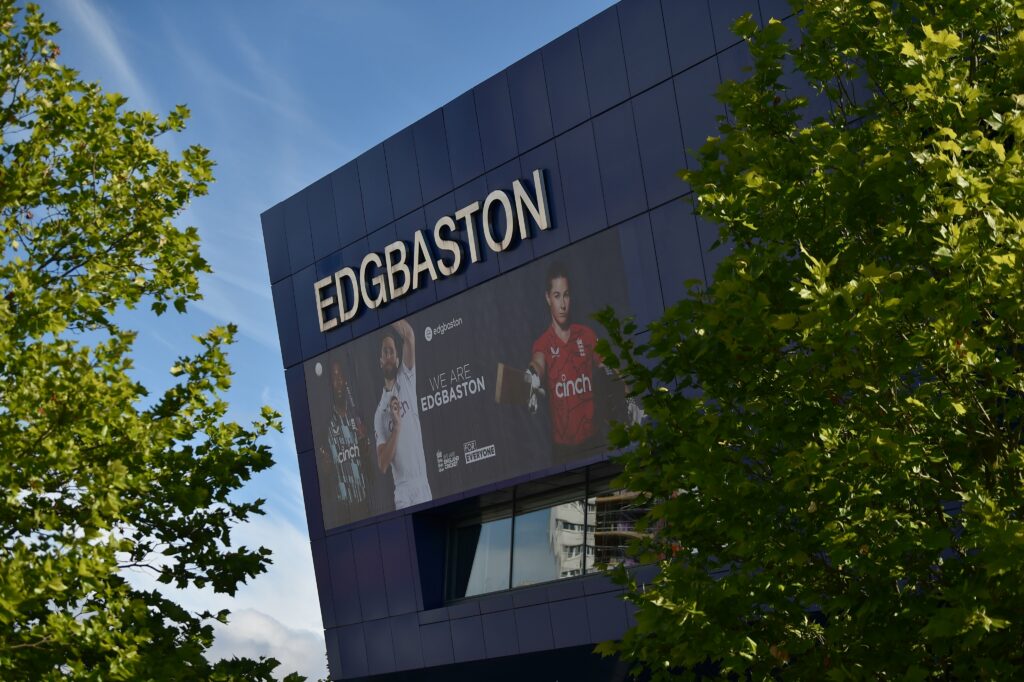 Having lost the first match of the series, Jos Buttler’s men will be desperate to level the matters when they take on India in the second T20I at Edgbaston, Birmingham on July 9.

Buttler’s reign as England’s white-ball captain did not get off to a desired start while India continued their undefeated streak under the leadership of Rohit Sharma as the first T20I ended in India’s favour. The visitors hammered England by 50 runs in the series opener at Ageas Bowl in Southampton to take a 1-0 lead.

Sharma returned to the side after recovering from COVID-19 and chose to bat first without hesitation. The captain got them off to a flyer with 24 off 14 while Deepak Hooda continued his superb form with a 17-ball 33. Suryakumar Yadav played an entertaining knock, smashing 39 off just 19 balls.

Hardik Pandya carried his magnificent form and batted brilliantly, scoring his first fifty in T20 internationals with 51 off 33. For England, only Chris Jordan found the right lengths on a track that had plenty of assistance for pacers. He returned with 2 for 23 in his four overs while Reece Topley also bowled well at the death as the hosts pulled things back. India were 150/4 in 14 overs but ended up with 198/8.

Chasing a huge total, England needed a strong start but their best player Buttler was knocked over for a golden duck courtesy of some terrific new ball bowling from Bhuvneshwar Kumar. Pandya then dismissed Dawid Malan, Liam Livingstone and Jason Roy to reduce the hosts to 33/4 inside the first seven overs.

Harry Brook (28) and Moeen Ali (36) kept England’s hopes alive with a 61-run stand for the fifth wicket but Yuzvendra Chahal put an end to it, dismissing both the set batters in the 13th over. In the end, the hosts were bowled out for 148 with three balls to spare.

India will have five of their players from the Test squad return for the second and third T20I, and will see plenty of changes in the playing XI. But they would want to keep the momentum going at Edgbaston on Saturday.

Suryakumar Yadav has a terrific range against spin and knows how to exploit the pacers. The right-hander has scored 405 runs from 15 innings in the format at an average of 34 while striking at a magnificent 171. He has smashed four fifties in the format and is coming off a 19-ball 39.

Having started bowling more regularly, Hardik Pandya has once again made himself the biggest asset of the Indian T20 team. The all-rounder hit his highest T20I score 51 off 33 in the first game and snared a career-best 4 for 33. Following a stellar IPL season, the Gujarat Titans skipper has scored 205 runs in T20Is this year at an average of 51 and strike rate of 158.

England captain Jos Buttler has been in incredible form, scoring 863 runs in the IPL and following it up with 162* & 86* in the ODIs against the Netherlands recently. Buttler has a fantastic record in T20Is with 1144 runs as an opener at 54 average and 149 strike rate, including a hundred and 11 fifties.

Liam Livingstone has the ability to change the game in a quick time when he gets going. The destructive right-hander has scored over 4700 runs in T20 cricket at an average of 29 and strike rate of 147. Livingstone has hammered two hundreds and 28 fifties in the format.

India have had the upper hand over England in T20 cricket in recent times, winning four of the last five clashes between the two. However, it is a volatile format, and past results don’t mean much.

India will have the likes of Virat Kohli, Rishabh Pant, Ravindra Jadeja, Jasprit Bumrah and Shreyas Iyer back in the side. Ishan Kishan and Hooda could be the unfortunate ones to miss out from the batting unit. Bumrah and Jadeja will replace Arshdeep Singh/Harshal Patel, and Axar Patel. Their bowling attack looks pretty strong, as does the batting unit.

England have the same old issue of having a weak bowling attack, and it was expectedly taken apart in the first game. The batting department is power-packed even though it failed in the last match. Buttler, Livingstone and Roy will need to step up for the hosts.

India could take a while to adjust, with plenty of changes, and there might not be the same movement on offer for seamers at Edgbaston. Nothing much to separate the two sides but expect England to come out on top in the second T20I.