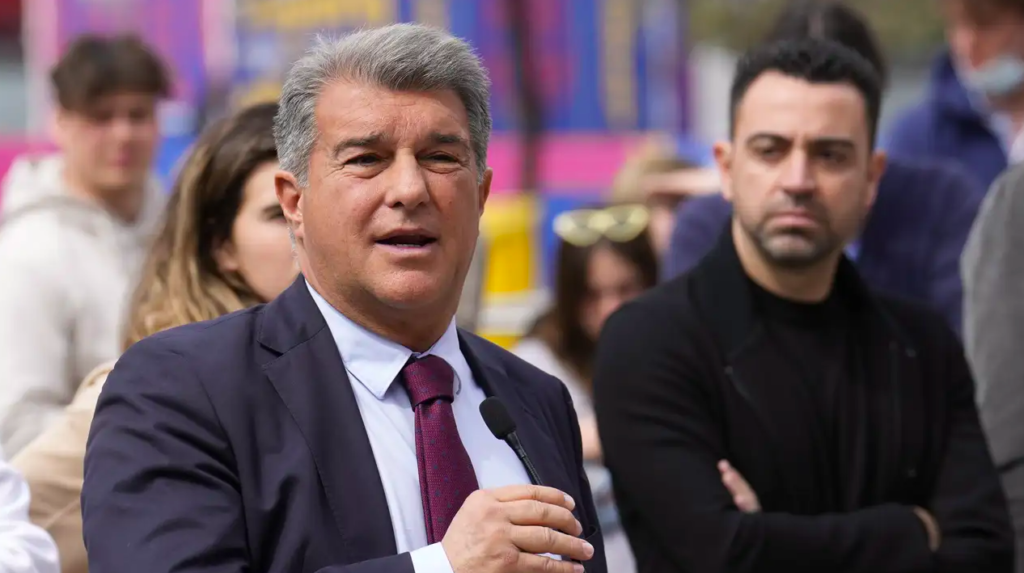 Barcelona president Joan Laporta has provided updates on the futures of Frenkie de Jong, Raphinha, Ousmane Dembele, and many more, in a recent interview with Spanish publication Mundo Deportivo.

Laporta confirmed in an interview that the club is attempting to ease the financial stress to help with its summer transfer dealings. Economic troubles are currently forcing the club into negotiations for the sale of key players, and, at the same time, they are hampering the backroom staff from adding new blood to the first team squad.

The Spaniard has confirmed that the club does not intend to sell midfielder Frenkie de Jong this summer, despite strong interest from Manchester United. The Dutchman himself is rumoured to be settled into his life in Barcelona and would like to continue his career with the club.

“Frenkie de Jong is a Barça player and is recognized as one of the best players in the world. We know of clubs that want him, not just United and we have no intention of selling him,”

Like De Jong, winger Ousmane Dembele has also been linked with an exit in recent months. The Frenchman’s contract at Barcelona expired on June 30, but he has an offer on the table from the club – which, the president claims, will not impact a potential move for Leeds United wingman Raphinha.

“If he accepts the conditions that we have presented, he will continue, if not, then no.”

“We have spoken with Leeds about Raphinha, we know that the player would also like to come to Barça, but there are also other clubs. It would not be exclusive with Dembélé, because the coach sees them as compatible.”

Finally, Laporta has also confirmed that Barcelona will present two of their new signings this week; midfielder Franck Kessie will be unveiled to the Barca faithful on Wednesday while centre-back Andreas Christensen a day later.