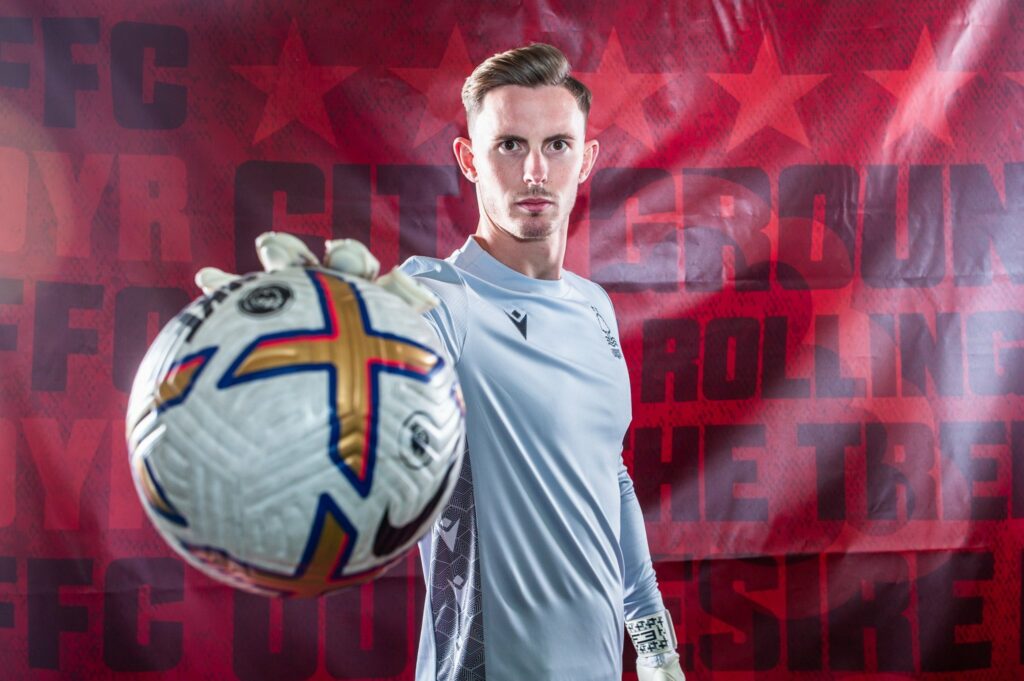 Manchester United have loaned their second-choice goalkeeper out to the newly-promoted Premier League outfit Nottingham Forest for the season, the club announced on July 2. The 25-year-old leaves his boyhood club on loan after failing to break into the first team.

Henderson leaves the Red Devils temporarily yet again, after failing to break into the first team amid competition from Spaniard – and the Red Devils’ long-standing number 1 – David De Gea. The England international will spend the season at the City Ground, but the newly-promoted Premier League side does not hold the option or the obligation to turn the transfer permanent at the end of the season.

The Forest goalkeeping department is undergoing a heavy reshuffle this summer. Brice Samba, the usual number 1, has decided to seek a move away from the club after failing to agree to terms on a new contract. Furthermore, the club has also sanctioned a loan move to take USA’s Ethan Horvath to Championship side Luton Town.

Henderson, who is likely to take up the starting spot with the first team, thanked manager Steve Cooper and owner Evangelos Marinakis in his first interview for the club, claiming that he can’t wait to celebrate big moments in Forest’s first season back in the top flight after more than two decades.

“I’m absolutely delighted to be joining such a fantastic club with an amazing set of fans and a wonderful history.”

“I want to thank the manager and owners at Nottingham Forest for the great opportunity to play for this club in their first season back in the Premier League. I’m really excited to work with everyone at the club from the manager, players, and goalkeeper coach Danny Alcock,”

Henderson leaves United after making just three appearances across all competitions last season. He started for his boyhood club 26 times the season before – mostly, in the UEFA Europa League – but was snubbed by the then-manager Ole Gunnar Solskjaer in the final against Villarreal.