Ex-Barcelona manager Valverde takes over the reins at Athletic Bilbao 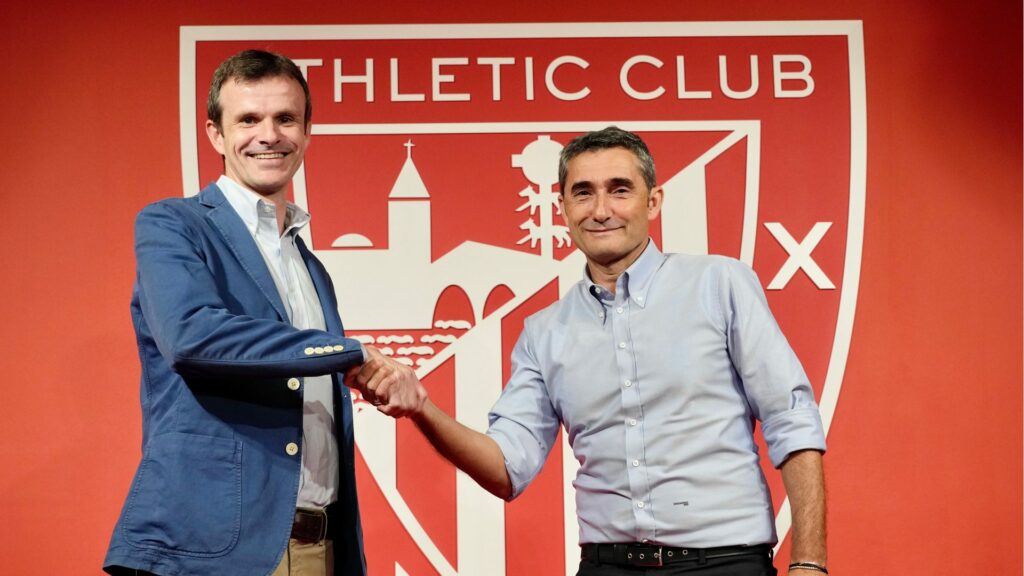 Veteran Spanish coach Ernesto Valverde has made a return to coaching, as he was unveiled as Athletic Bilbao’s new coach on June 30. The Spaniard is Bilbao’s longest-serving coach, having managed a club record 306 games for the club, in his two previous stints at the club, between 2003-2005 and 2013-2017. Valverde’s return was one of the promises made by then-presidential contender Jon Uriarte prior to the elections.

Valverde has a wealth of experience in managing clubs at the top level, having previously been with Valencia, Olympiakos, Villareal, and Espanyol, before joining Barcelona in 2017.

He was hugely successful for the Blaugrana, finishing the 2017/18 La Liga season almost unbeaten, only suffering a loss in the final game. The 58-year-old won successive La Liga titles as well as the Copa del Rey but was sacked by the Barcelona board in January 2020, even as his side were atop the league table.

Uriarte’s competitor in the presidential elections, Inaki Arechabaleta had also made a promise to the Athletic supporters, as he assured them to bring back former Argentine coach Marcelo Bielsa, who was sacked from his position as Leeds United manager, with his side fighting relegation. Bielsa was replaced by American coach Jesse Marsch, who managed to fight off relegation to barely stay up in the Premier League.

Valverde, also a former player, played ten seasons as a forward in the La Liga, taking part in 264 games and finding the back of the net 68 times during that period. He also played 55 games in the Segunda Division, scoring nine times.

Bilbao, however, will have high expectations from Valverde, with the club only just missing the European qualification spots, as they finished eighth last season. Valverde will be expected to preserve that same position in the least, if not do better.

The sentiment around the club is that the group of players in the club are good enough for European football, and that is exactly what would have been conveyed to the new coach ahead of the new chapter for the club.