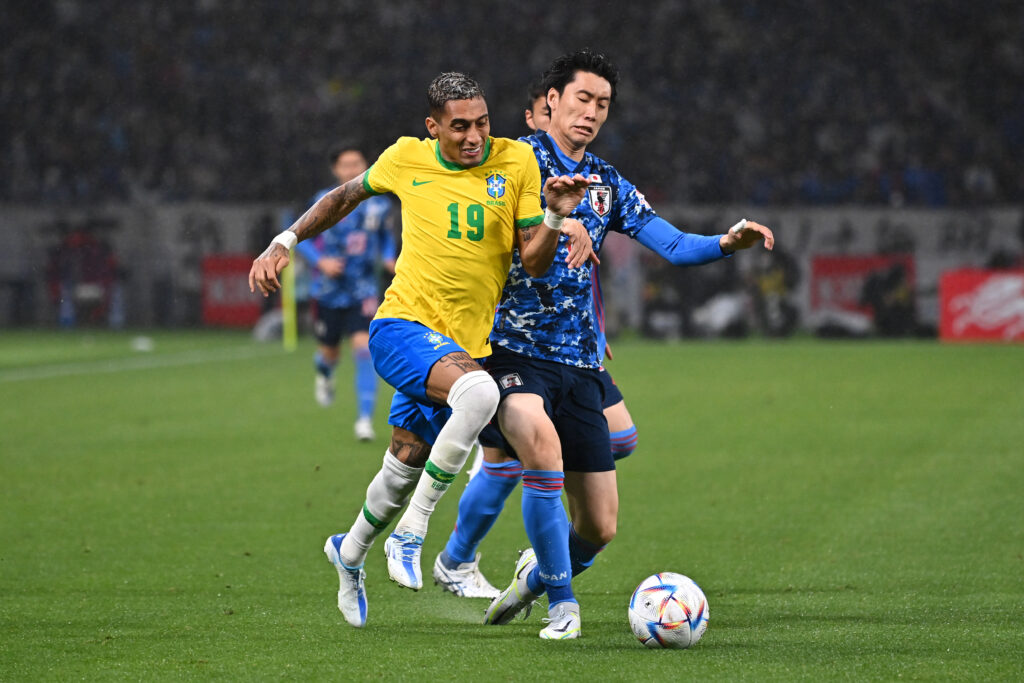 The transfer of Leeds United’s sensational winger Raphinha, who had looked set to join Chelsea, has now taken a U-turn. Barcelona, who had fallen behind in the race in recent weeks, have reportedly become the favourites to land his signature following strong insistence from the player and his agent.

For the last few weeks it seemed that the BLues had taken the lead in the race for Raphinha after agreeing a transfer fee in principle with the Premier League club. However, Barcelona are very much alive in the race and are on the verge of hijacking the deal thanks to the 25-year-old and his agent’s persistent demands of signing for the Catalan club.

Barcelona had agreed personal terms with Raphinha since March and the player, who grew up idolising Ronaldinho and alter becoming friends with him, is in love with the idea of playing for Barcelona. The winger is also managed by D20 Sports, an agency managed by former Barca midfielder Deco.

Despite Leeds having agreed to a deal in principle with Chelsea, Deco spent plenty of time recently in Barcelona’s offices working alongside sporting director Mateu Alemany and president Joan Laporta in order to come up with the right bid that would convince Leeds to let go of Raphinha.

Prominent Barcelona journalist Gerard Romero now believes that an agreement between the two clubs is close. While the Blaugrana cannot match Chelsea’s financial package due to their economic issues, they are said to be offering around 50 million euros fixed and another 10 million euros in variables.

Another key aspect of the deal is that Barcelona have offered to pay it in three instalments while Chelsea were ready to pay the entire sum of 60 million pounds upfront.

While Barcelona’s offer is certainly lower than the club from London, several people believe that Leeds will finally come to a middle ground given the player’s strong will, who is happy to wait and had even told his agent Deco to reject offers from other clubs, including Chelsea and Arsenal.

Chelsea had never agreed on personal terms with Raphinha, and the Brazilian didn’t even want to hear offers from Newcastle United, which were considerably higher. At Barcelona, he will earn around six million euros net every season and is said to be house-hunting in Catalonia.