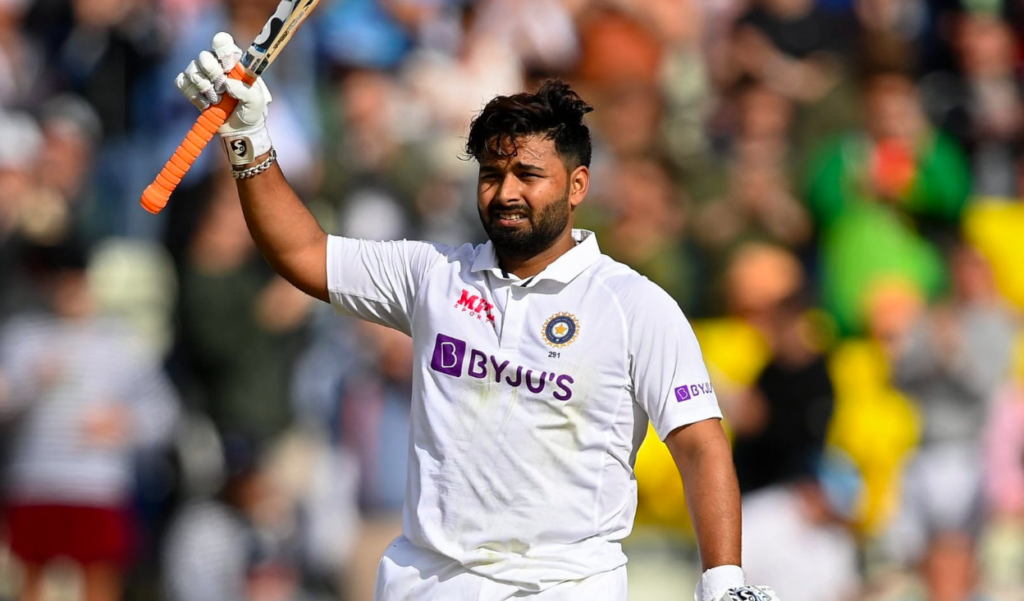 The ever-explosive Rishabh Pant unveiled perhaps his greatest batting act to date on July 1, the opening day of the Edgbaston Test. The player produced a scintillating hundred against England to help India resurrect from troubled waters and end with the day’s honours to their name.

Walking into bat at No.5, with India reeling at 3 for 64, Pant characteristically took the aggressive route and bullied the England attack into submission towards an incredible 146 off 111 deliveries at his end.

Glittered with 20 fours and 4 sixes, Pant recorded a jaw-dropping Test match strike-rate of 131.51 in trying circumstances. The left-hander bulldozed past a quality English bowling attack towards his fifth Test century for India in only 31 Tests – a remarkable achievement for a wicketkeeper-batter in the format.

With his great innings, the 24-year-old also took his career Test average to a highly impressive 43.04 – among Indian wicketkeeper-batters with a minimum of 20 Test matches, no one averages higher than Pant for the national side.

On the day, he scripted a game-transforming stand of 222 runs for the sixth wicket with allrounder Ravindra Jadeja, who continued his batting ascent at the Test level with a technically proficient knock of 83 not out at the other end.

The Pant-Jadeja stand took India out of a rut to a position of relative safety at 338/7 by the close of play on Day 1. Jadeja used all his powers of concentration and defecse to counter the bowling, while Pant smashed the bowling to all corners and intimidated the English bowlers for his runs.

Playing another impactful knock for India, the wicketkeeper also broke many batting records along the way. One of which had him moving past the great MS Dhoni in claiming the tag for the fastest century recorded by an Indian wicketkeeper in Test cricket.

By reaching the milestone in just 89 deliveries in Birmingham, Pant inched ahead of Dhoni in the list. The former India skipper had recorded a 93-ball century when he blasted the Pakistan attack to all corners in the 2006 Faisalabad Test, finishing with a magnificent 148 off 153 deliveries. Pant entered the three digits in four balls less than Dhoni did versus the arch-rivals and did so in more challenging conditions.

Despite a cloud hovering around Edgbaston and a rain threat adding spice to the surface, Pant never felt wary of going for his shots and took the game back to England with a flurry of boundaries on both sides of the wicket. His knock of 146 was his second Test hundred for India in this calendar year after a memorable ton in the Cape Town Test on the tour of South Africa in January.

The pair of tons in Birmingham and Cape Town etched Pant in another rare list of Indian wicketkeepers with two centuries in a single year. Pant is now the fourth Indian to do so after Budhi Kunderan in 1964, Dhoni in 2009 and Wriddhiman Saha in 2017.

Overall, Pant’s knock was the third-fastest hundred plus score by an Indian outside Asia after Virender Sehwag and Mohammad Azharuddin. Sehwag still holds the record for the fastest century by an Indian overseas with a 78-ball ton against the West Indies in Gros Islet in 2006. Azharuddin smashed his century versus England way back in 1990 in just 88 balls.

The Delhi Capitals captain now has two Test match hundreds in England, having recorded one at the Oval in his maiden series for India in 2018. He is the only Indian wicketkeeper-batter to have at least a century each in Australia, England and South Africa.