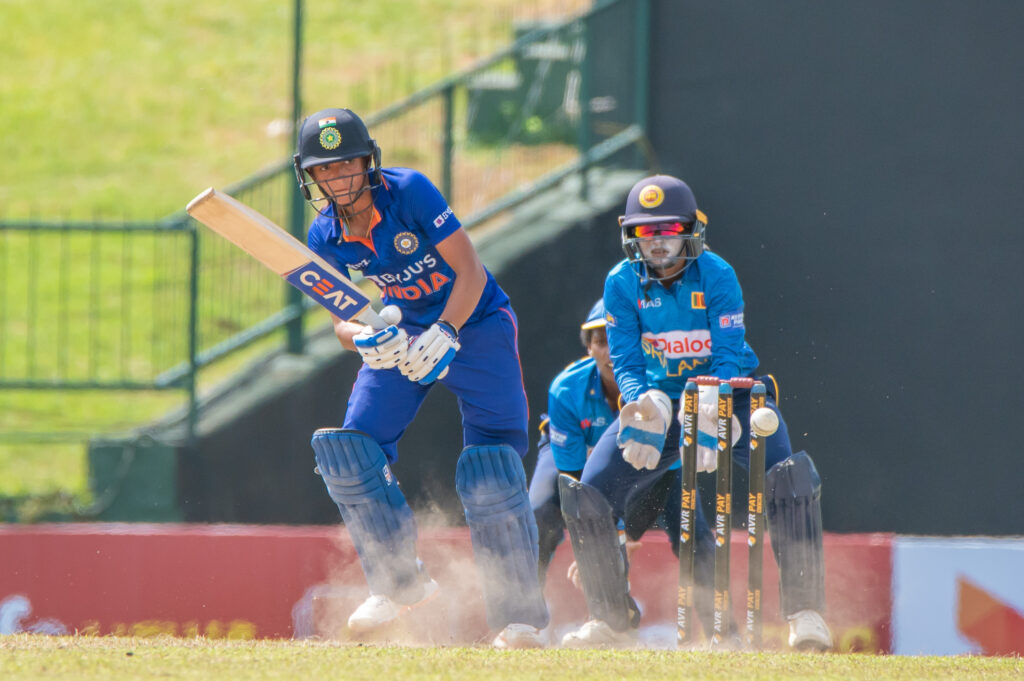 India defeated Sri Lanka in the first ODI by four wickets at Pallekele on Friday, with Deepti Sharma and Harmanpreet Kaur starring with bat and ball.

The first One-Day International between Sri Lanka and India turned out to be a nail-biting affair as the visitors just managed to hold on to a victory. India chased down 172 with four wickets to spare and took a 1-0 lead in the series as well as two points in the ICC Women’s Championship.

Inoka Ranaweera, who registered her best ODI figures of 4/39, picked three quick wickets to bring the hosts back into the game. Sharma (22*) and Pooja Vastrakar (21*) then sailed the team over the line with an unbeaten partnership.

Earlier, Deepti was excellent with the ball, claiming 3 for 25, and seamer Renuka Singh also picked 3 for 29. Pooja snared 2 for 26. Kaur bowled seven overs for 1/13 as they bowled out the opposition for 171.

Hasini Perera was solid for the hosts at the top with 37, while Nilakshi de Silva top-scored with 43 off 63. But barring a 47-run stand between Harshitha Samarawickrama (28) and Anushka Sanjeewani (18), the Sri Lankan batters could not put together any significant partnerships.

Sharma was awarded the ‘Player of the match’ for her 3/25 and unbeaten 22. The two teams will meet in the second ODI at the same venue on July 4.