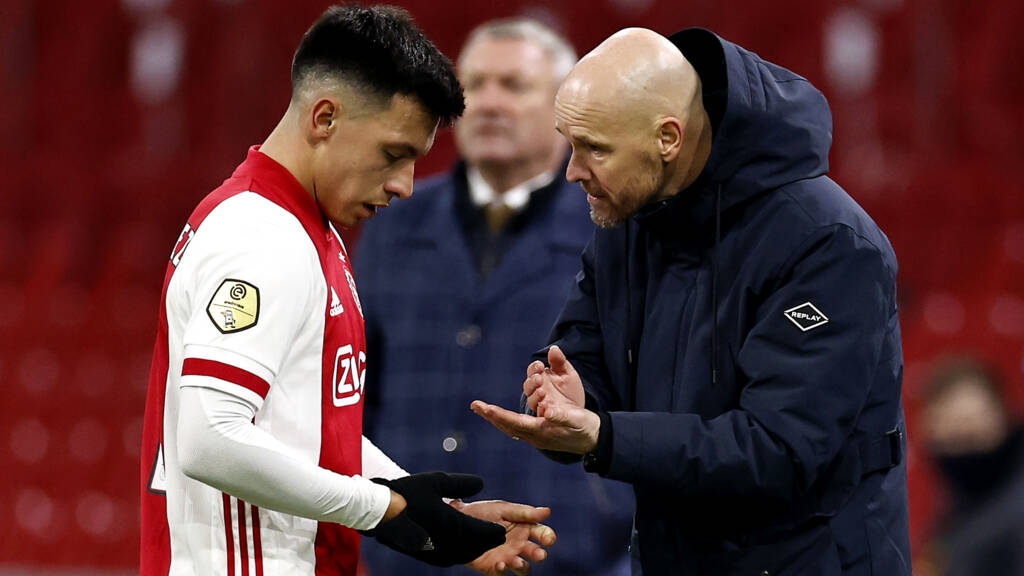 Manchester United are readying a swoop for Arsenal target Lisandro Martinez, reports the Express. The Red Devils swooped in ahead of Olympique Lyonnais for left-back Tyrell Malacia, who is expected to join from Feyenoord.

Martinez, 24, has been the subject of two bids from the Gunners, the first of which was rejected by his parent club AFC Ajax while the second is still under consideration. United have been linked with the left-footed centre-back in the past few weeks, with the Red Devils looking to reunite the youngster with his former boss Erik ten Hag at Old Trafford.

Arsenal’s last bid for the Argentine was rumoured to be in the region of 40 million euros – with Ajax looking for a fee closer to 50 million to be paid up-front. As per the Express, United are preparing a proposal that will land closer to the Dutch giants’ expectations, with additional bonuses nudging the final package over the line.

According to the report, the Red Devils will offer Ajax 40 million pounds for the Argentine’s services, marginally lower than the 43.3 million (50 million euros) that the Eredivisie champions are asking.

Arsenal stand to lose out on their second key target this week, should that scenario come true. The Gunners were recently gazumped by rivals Chelsea to Leeds United talisman Raphinha, for whom they have had a bid rejected earlier in the window. While the Brazil international is yet to sign for the Blues, the expectation is that he will do so ahead of Arsenal.

Meanwhile, for United, this could be the second time this week that they have swooped in ahead of an interested club to sign a target. On Tuesday night, the Red Devils made significant progress in signing left-back Malacia from Feyenoord, despite the Dutch club nearing an agreement with Olympique Lyonnais for the same. United’s offer of 15 million euros up-front plus bonuses was slightly better than Lyon, who have since withdrawn themselves from the race.