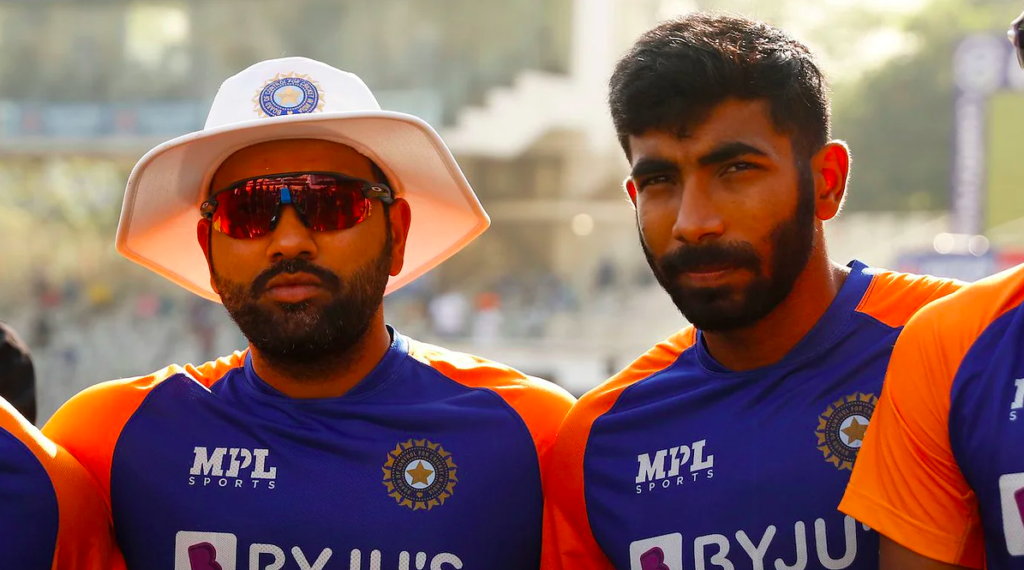 India skipper Rohit Sharma is battling a race against time to be available for the fifth rescheduled Test against England, after having tested COVID-19 positive for the second time on June 29.

The Men in Blue are sweating over the availability of their captain for the rescheduled fifth Test against England at Edgbaston, beginning July 1.

Rohit, who had tested positive for COVID-19 on the second day of the team’s warm-up game against Leicestershire last week, has returned another positive test on Wednesday, casting further uncertainty over his inclusion. The Mumbai Indians man is set to undergo two more tests – one tonight and the other on Thursday – before a final decision is made.

“Rohit is being monitored by our medical team. He has not yet been ruled out. Obviously he needs to get better. He will have tests tonight and tomorrow morning. We still have 36 hours before the match,”

head coach Rahul Dravid said at the press conference on Wednesday, as per ESPNcricinfo.

Rohit was India’s leading run-scorer over the first four Tests played last year, with 368 runs at 52.57, including match-winning 83 and 127 at Lord’s and at The Oval, respectively.

KL Rahul, India’s designated vice-captain is already absent from the tour, nursing a groin injury. Jasprit Bumrah, who was the vice-captain during India’s home Test series against Sri Lanka this year, will lead the side if Rohit fails to recover.

Bumrah hasn’t captained in any form of competitive cricket, but had stated ahead of that Sri Lanka series that he wouldn’t “shy away” if presented with an opportunity.

“If given an opportunity at any scenario, it would be an honour and I would never ever shy away from that, but it is something that I don’t go looking for,”

the speedster had said then.

That would make him the first fast bowler to lead India in Tests since Kapil Dev and the 35th overall.