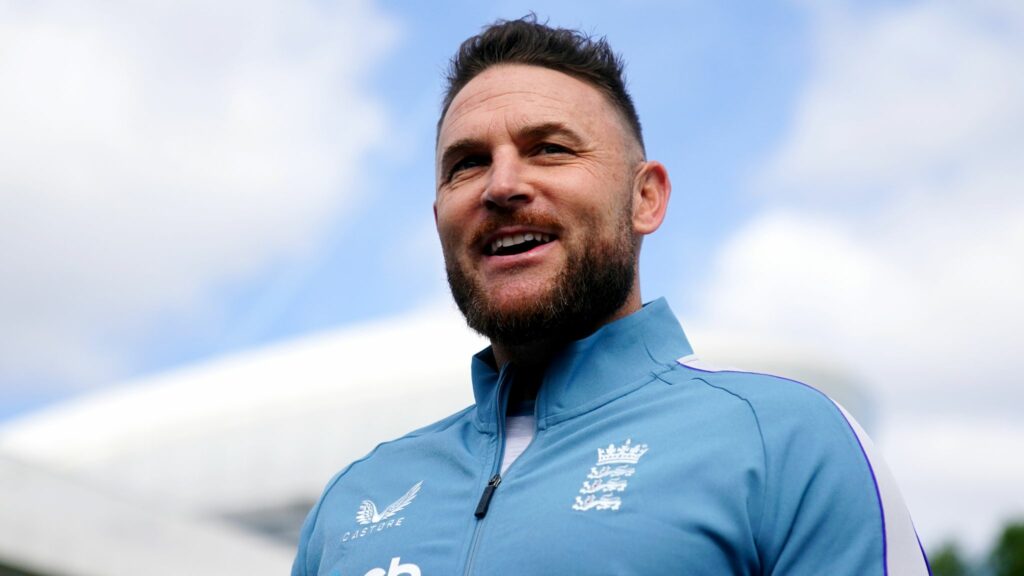 England Test coach Brendon McCullum wants his team to take their ultra-aggressive approach at a level “too far”, to know “where exactly the line is”.

England have had a glorious start to the 2022 home summer with a 3-0 whitewash of the current World Test Championship holders New Zealand. They gunned down three successive run-chases of 275-plus – the only such sequence in Test cricket history – the recent two at Trent Bridge and Headingley, respectively, coming at a breathtaking pace.

It has been quite a start to the Brendon McCullum-Ben Stokes era, with the pair taking up the coach and captain’s role to a whole next level in their very first assignment. Notably, England had won just one of their 17 Tests in the build-up to the series.

The side’s head coach now wants his team to extend the approach even further, for them to remain ahead of their opponents and know where the limit lies.

“I hope we take it too far because then we’ll know exactly where that line is. Until you do that, you’re not really sure. We’ve seen it with the England white-ball stuff – there have been times where they’ve probably pushed too hard, and then they know. I think it’ll be the same with us, and we’ve got to keep exploring what that line is,”

he said, as quoted by ESPNcricinfo.

England’s aggressive approach was arguably at its peak in their 299-run chase on the final day at Trent Bridge, which was completed in just 50 overs, with Jonny Bairstow smashing England’s second-fastest Test hundred ever.

The batter would then smash 163 off 157 and 71* off 44 at his home ground in Leeds, the first of which helped the hosts recover from a precarious 55/6, with debutant Jamie Overton too, playing his part with a steady 97.

McCullum stressed that the positive approach isn’t restricted to batting alone, reflecting on England’s collective bowling effort despite resistance from Daryl Mitchell and Tom Blundell on the fourth morning at Headingley.

“It’s not just about batting either. “If you look at how we’ve fielded and how we’ve bowled as well, some of the field placements that the skipper’s had in place and the mentality the guys have had is constantly to try and chase wickets.

“Even yesterday [Sunday] when there was a partnership establishing between Mitchell and Blundell, maybe in the past at times there might have been a slight unease about the total that was building up. But we kept attacking, the fields were very attacking right throughout, the bowlers kept trying to bowl towards modes of dismissal and to me that’s just part and parcel with how this team wants to play.”

The former New Zealand captain felt that the cricketing world has taken notice of England’s refreshing brand of cricket, and expects other teams to come prepared to counter that in future.

“It’ll be quite good fun to look at a new opponent. The world test champions were a formidable opponent to overcome and the alarm bells have probably gone off somewhat around world cricket as to how this team is going to play. We need to make sure against a different opposition we’re well researched, well planned, well prepared for that and try and roll out a similar kind of performance.

“Let’s not get too far ahead of ourselves, let’s enjoy the moment and see what unfolds in the next little while. It’s exciting.”

England’s next assignment is the one-off, fifth rescheduled Test against India at Edgbaston, beginning Friday, July 1.