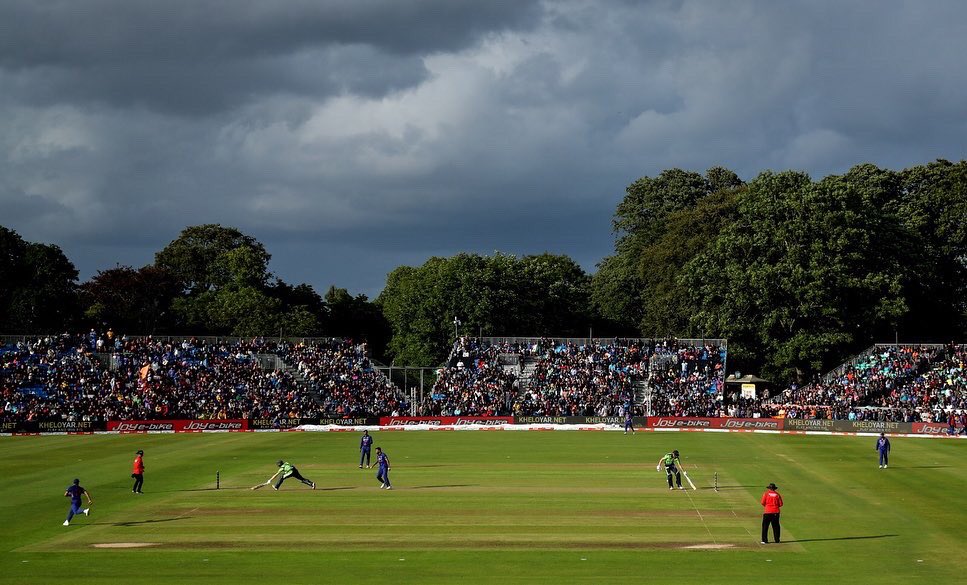 A spectacular hundred from Deepak Hooda and a gigantic score of 225/7 was nearly not enough for India to beat the Ireland side that went as close as 221/5 in the run-chase during the second and final T20I of the series in Malahide. The tourists were nearly handed the shock of their lives by a fighting Irish team that missed out on series parity by just four runs.

Experienced opening duo Paul Stirling and Andrew Balbirnie kicked off the chase with a level of command and authority that Ireland needed to send a message across to the opposition. Stirling, Ireland’s white-ball great, took on India’s spearhead Bhuvneshwar Kumar from the very beginning and perhaps surprised the visitors.

When the Indians may have expected Ireland to be steamrolled under the pressure of the asking rate, they came out all guns blazing, with Stirling making a stellar 18-ball 40. Seeing him operate with such gusto at one end, skipper Balbirnie also opened up his shoulders and took the game back to India through his explosive 60 off 37 deliveries.

The Stirling-Balbirnie duo added 72 for the first wicket inside the powerplay, before the former was out off the wristspin of Ravi Bishnoi. Soon Balbirnie, too, fell against right-arm quick Harshal Patel. Once those two went, it was expected that India would achieve a firm grip over the proceedings, especially as Gareth Delany (0) and Lorcan Tucker (5) failed to prosper again with the bat.

But Ireland’s middle-order kept the fight going, with all three of Harry Tector (39), George Dockrell (34*) and Mark Adair (23*) keeping Indian on the hook. Where the Irish perhaps lost it were the miserly spells from India’s fifth-bowler duo Axar Patel (0/12) and Hardik Pandya (0/18).

Axar, especially, made a telling difference in the end outcome of the game. His spell gave Umran Malik a 17-run leeway for the final over, of which the youngster conceded only 12 runs, much to the relief of the millions of Indian fans watching.

Despite their score, India perhaps missed out on another 10-15 runs on the surface because of an unsatisfying end to their batting effort in the first half, with stand-in skipper Hardik making only 13* in his 9-ball stay and Ina losing their way a little towards the close.

But they had things under control for the best part of those 20 overs, with Hooda making an outstanding century. His 104 off 57 deliveries featured 9 fours and 6 sixes as he became only the fourth male Indian batter to score a T20I hundred after Rohit Sharma, KL Rahul and Suresh Raina.

Hooda, who had produced an unbeaten knock of 47 in India’s win in the opening T20I, backed that up with a scintillating century and went on bag the ‘Player of the Series’ honours, an unexpected triumph given that the player wasn’t even in line for a comeback to the playing XI till Rishabh Pant and Shreyas Iyer got rested, and Ruturaj Gaikwad was sidelined due to injury.

Apart from Hooda, positive news for the think-tank would’ve been the knock of substance played by Sanju Samson, who made a 42-ball 77, including 9 fours and 4 sixes.