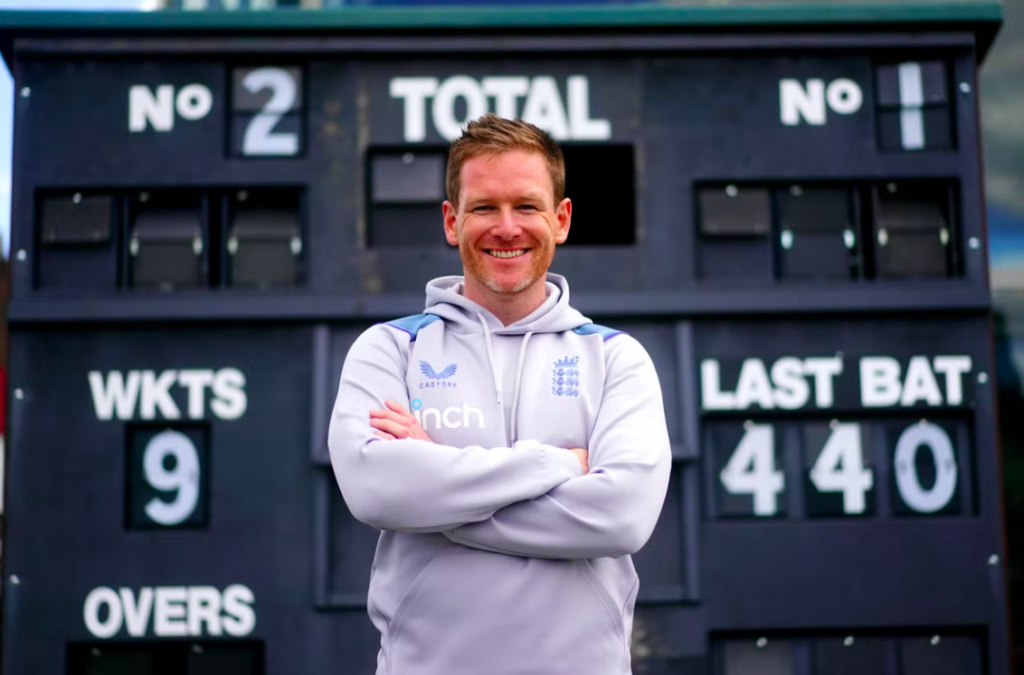 Eoin Morgan, who led England to the No.1 position in the ODI rankings and their maiden World Cup title in 2019, has announced retirement from all forms of international cricket with immediate effect.

The 35-year-old called it quits on a glorious international career spanning over a decade and a half. Morgan had recently led England in the first two ODIs of the three-match series against Netherlands in Amstelveen. He registered a first-ball duck in the team’s monumental effort of 498/4 – an all-time ODI record – and followed that with another seven-ball blob in a series-clinching six-wicket win.

“After careful deliberation and consideration, I am here to announce my retirement from international cricket with immediate effect. o call time on what has been without doubt the most enjoyable and rewarding chapter of my career hasn’t been an easy decision, but I believe now is the right time to do so, both for me, personally, and for both England white-ball sides I have led to this point.

“I have been lucky enough to play in two World Cup winning teams, but I believe the future for England’s white-ball teams is brighter than ever. We have more experience, more strength and more depth than ever before. I look forward to watching it with a huge level of excitement.”

Morgan said in an ECB release.

His greatest legacy would be that of transforming the England white-ball side into world-beaters, a run that started following their disappointing exit from the 2015 World Cup in England and Australia. He was appointed the side’s captain two months before the competition, wherein they’d fail to make to the quarter-finals following a heart-breaking defeat to Bangladesh at the Adelaide Oval.

They’d start the following home season with a 3-2 win over Brendon McCullum’s New Zealand, thereby marking the beginning of a glorious white-ball chapter.

He led England to the finals of the 2016 T20 World Cup in India, wherein they were undone by Carlos Brathwaite’s brilliance in the final. Three years later, he would lead England to their maiden World Cup title with a thrilling win on boundary count after a tied Super Over finish at Lord’s.

Morgan scored 371 runs at 41.22 while maintaining a strike-rate of 111.07, and a highest of 71-ball 148 against Afghanistan in Manchester, which included a staggering 17 sixes – the most by a batter in a single ODI innings.

“It would be wrong to think Eoin’s legacy was just winning the World Cup in 2019; it is far greater than that.

“His legacy within the game will be felt for many years to come.

“He is, without question, the best leader I have seen. I wish him well in the next chapter of his career.”

Morgan had started his international career for Ireland, his country of birth, in 2006, and was a part of the team’s historic win over Pakistan at the 2007 World Cup. He scored 700 runs from 16 Tests for England, including two hundreds, and was a part of their 4-0 triumph over India at home in 2011, which took the team to the No.1 Test ranking.