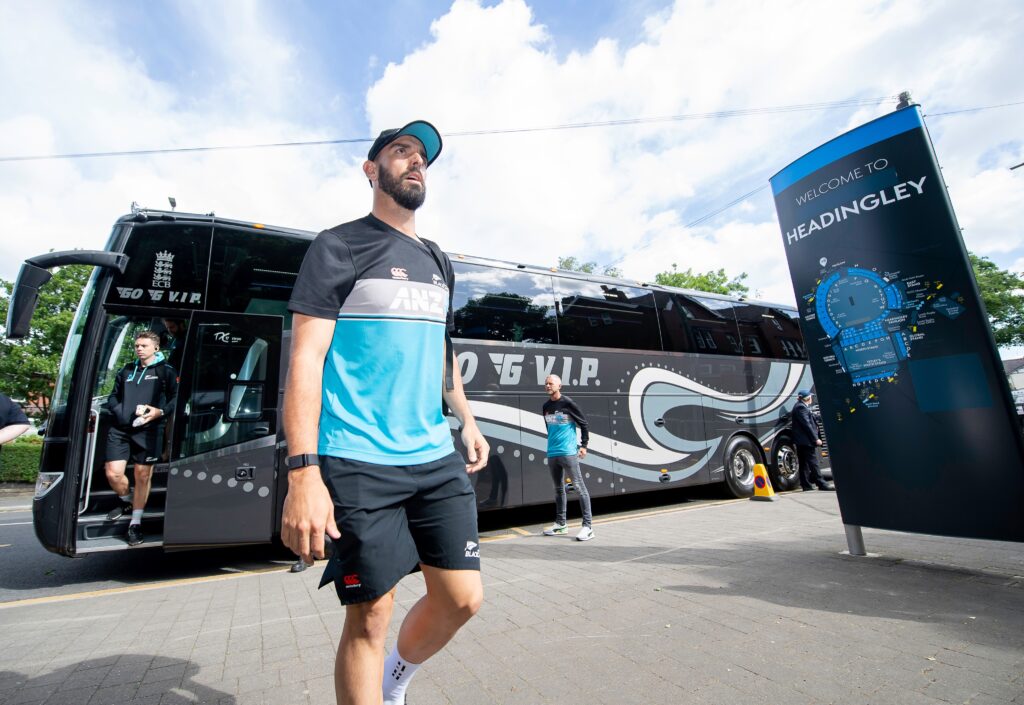 New Zealand will host England in a day-night Test at Bay Oval in February next year and before that they will play three ODIs and as many T20Is against India in November 2022.

The New Zealand cricket board has announced an action-packed home summer for their men’s team, with assignments against India, England and Sri Lanka.

The home season kicks off with a tri-series involving Bangladesh and Pakistan in October as a preparation ground for the T20 World Cup. The entire tri-series will take place in Christchurch from October 7-14.

Following the World Cup, the Black Caps will host India in a limited overs series comprising three T20Is and three ODIs from November 18-30. After which, the Kiwis will be on overseas tours to Pakistan and India in December and January.

The day-night Test will be a part of a two-match Test series against England and will take place at Bay Oval in Mount Maunganui from February 16-20. This will only be the second time New Zealand host a Test under lights after their previous clash against England at Eden Park in 2017-18.

The second Test of the series will be played at Wellington from February 24-28. The inaugural World Test champions haven’t won a single series in the current cycle and were recently battered at the hands of England by 3-0 away from home.

Sri Lanka will then visit the Tasman for an all-format tour, comprising two Tests, three T20Is and three ODIs. The series will kick off with the first Test at Christchurch from March 9-13 and will conclude with the final T20I on April 8.

New Zealand’s white-ball matches at the end of their home season are likely to clash with the start of the Indian Premier League yet again.

Talking about the women’s team, the White Ferns will host Bangladesh for three T20Is and three ODIs in December. They will then travel to South Africa for the T20 World Cup in February next year.