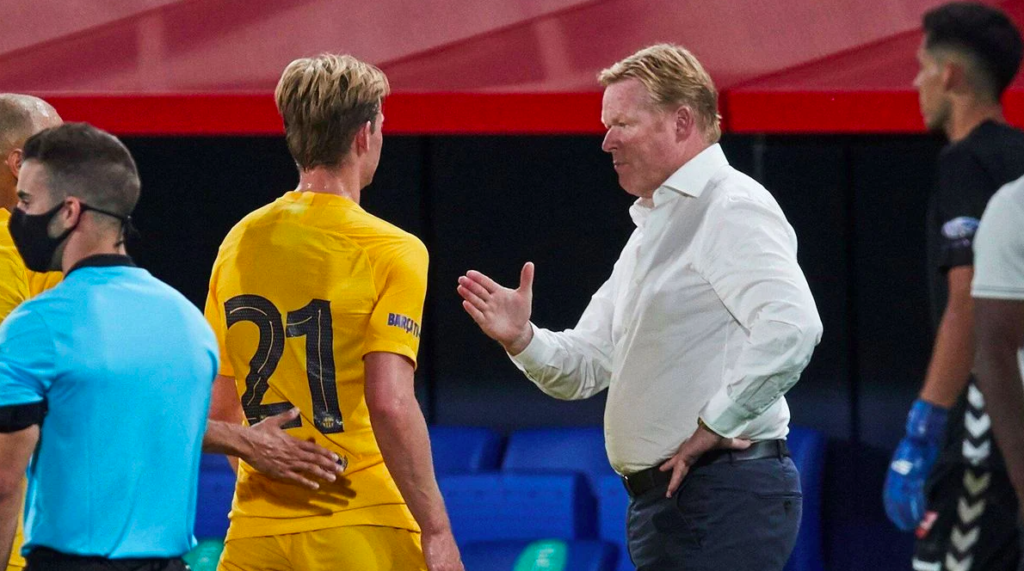 Talks are progressing between Manchester United and Barcelona over the transfer of midfielder Frenkie de Jong, reports The Athletic. The Dutchman is reportedly Erik ten Hag’s top target for reinforcements in the middle of the pitch – an area that has concerned his predecessors too in the United hot seat.

Barcelona are firm in their stance; the club wants suitors to cough up 80 million euros to take de Jong off their hands this summer, which will go some way in easing their financial burden. As it stands, United are offering the Spanish giants 65 million up-front, with the rest tied up in achievable add-ons.

The Red Devils are also working to convince the player to switch Camp Nou for Old Trafford, but, as per the former Barcelona and Netherlands boss Ronald Koeman, he is keen to continue his development in Spain for the time being.

“All I know is that Frenkie wants to stay at Barca. He said that a few days ago. But I don’t know if Barca want or need to sell him because they need money. He is one of the few for whom a lot of money can be asked,”

Koeman said in a recent interview, as per Goal.

Malacia was believed to be on his way to Lyon after the club had reached a verbal agreement with Dutch giants Feyenoord for his transfer, but, according to Fabrizio Romano, the Red Devils jumped the queue and are currently attempting to hijack the deal. United are now reportedly in direct talks with Feyenoord and are hoping to reach an agreement for the transfer of the left-back.

22-year-old Malacia has been a regular for Feyenoord since 2017 and has amassed 136 appearances across all competitions since then. He has also made five appearances for the Dutch national team, with four of those coming in 2022.