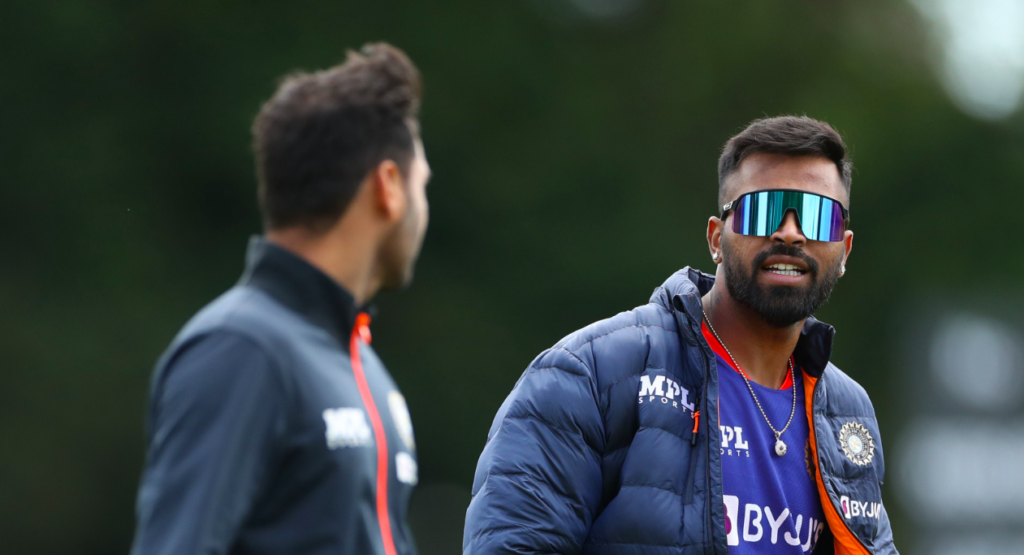 Feeling inspired by the confidence gained from an Indian Premier League stint as Gujarat Titans skipper that signalled his revival, Hardik Pandya said he has always relished extra responsibilities on his shoulders and is looking forward to the step up as a stand-in India skipper on Ireland duties.

Pandya will be leading India’s alternate squad in Dublin against the hosts for a pair of T20Is on June 26 and 28, with Test match regulars busy in England ahead of the Edgbaston Test. The vote of confidence from the selectors is a telling sign of the premier allrounder’s comeback at his best since the beginning of the IPL 2022.

Five months before that, Pandya had his stocks falling off drastically in Indian cricket. Even though none of his allround replacements offered India such quality and impact, the 28-year-old was sidelined by the selectors as he continued to plague from a longstanding back injury and couldn’t bowl at full-tilt at all. This hurt India’s balance at the World Cup and also held his wings back with the bat in hand.

Cut to the IPL, with Titans entrusting him captaincy duties, Pandya was a cricketer rejuvenated and ended up top-scoring for the Gujarat franchise with 487 runs at an average of 44.27 and strike-rate of 131.26. He bowled his overs in good speeds to finish with an economy rate of 7.27, taking eight wickets, featuring a match-winning spell of 3/17 on the night of the final.

“I liked to take responsibilities before and I still like to do it now. I’ve always maintained that I’ve done well when I have been given responsibilities. Even when I was an individual and not a captain, the focus was always on taking ownership and taking my decisions, which helps me remain strong,”

Pandya told the press on June 25 in Dublin, as quoted by Cricbuzz.

And I’ll try to reflect that in my captaincy – how to give players responsibilities and also give them confidence, give them the ability to handle situations.”

Pandya’s Titans’ spell and successful campaign as skipper has led to calls for his future India captaincy ascent, too, with multiple prominent names backing him to take over the side in the near future.

But the cricketer isn’t personally paying heed to those remarks and says he is taking things step by step, with even a single opportunity of this kind to lead India being a “big thing”.

Pandya also addressed talks of a weakened challenge at hands from the Irishmen, who have been struggling in white-ball cricket for a long time now. The stand-in India skipper mentioned his team’s focus isn’t on the opposition but on self-improvement and on-field performances for the country.

He said his message upon arriving in Malahide to the players was to “keep yourself strong mentally” and never to drop your guard even if the opponents aren’t up to the same standards as they are. Pandya said there is context to every single game leading into the T20 World Cup in Australia for each and every Indian cricketer.