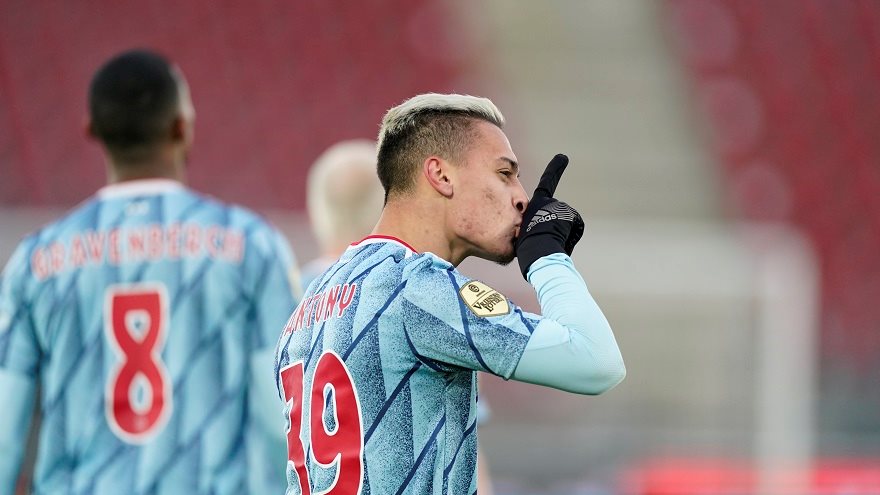 Chelsea have joined the race for Ajax’s winger Antony, reports 90MIN. The Blues, however, face competition from Premier League rivals Manchester United, who have been linked with the youngster in weeks following the appointment of former Ajax boss Erik ten Hag as their new manager.

The reigning Eredivisie champions reportedly value the right-winger in the region of 35-40 million pounds – a hefty increase from the 18.2 million they paid Sao Paulo to retain his services in 2020.

Chelsea are keen to recruit a new attacker this season. The Blues have been linked with Manchester City’s Raheem Sterling in recent weeks, with the Englishman keen to part ways with the Citizens a year before his contract expiry.

Furthermore, the Londoners are also rumoured to be watching Ousmane Dembele’s contractual situation at FC Barcelona – the Frenchman is due to become a free agent at the end of this month.

Similarly, United, too, are looking to strengthen their attack following another disappointing, trophyless season. Antony is believed to be a key target for the Red Devils, with the club’s representatives meeting with the player’s camp during their recent visit to England.

The Blues also established contact with Antony’s agents during this time, but it remains to be seen whether they consider the 22-year-old a key transfer target, with their focus turned elsewhere.

Antony joined Ajax in the summer of 2020 from his boyhood club Sao Paulo after making 52 appearances across three seasons and scoring six goals. The Brazilian replaced Chelsea-bound Hakim Ziyech on the right-wing for the Dutch giants, making the spot his own in no time.

The youngster scored 11 goals in his first season at the club in 46 appearances. The next year, he bettered his record, scoring one more goal than his previous season’s tally in 13 fewer appearances. Ajax won the domestic title in both of the seasons Antony was there.