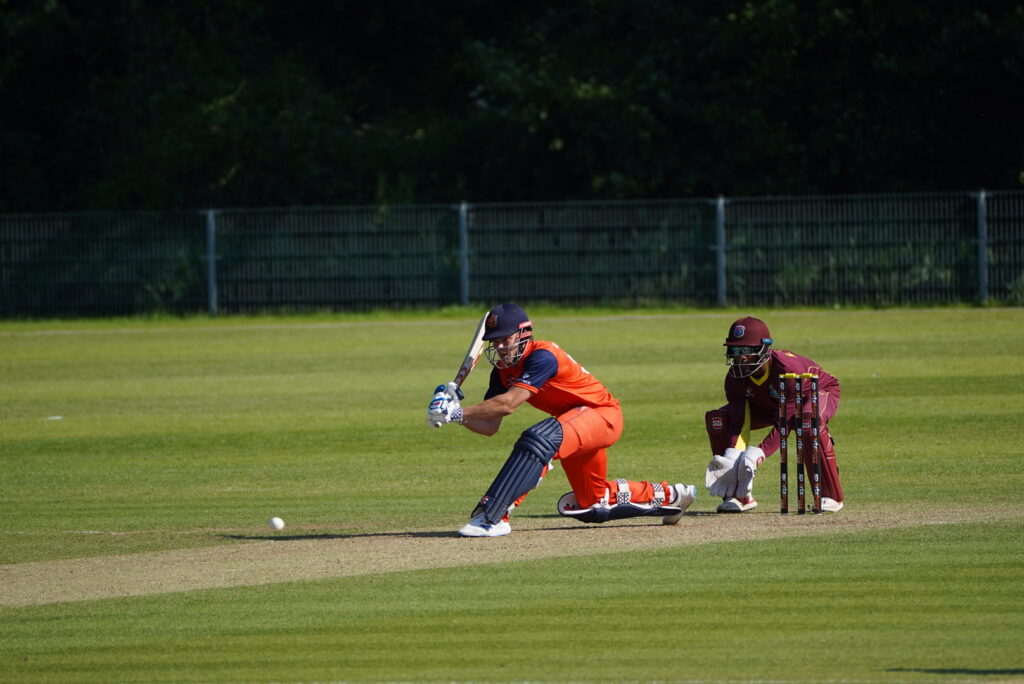 Fine hundreds from Kyle Mayers and Shamarh Brooks followed by a collective bowling performance on a flat deck helped West Indies overhaul the Netherlands again and come out of the series with a critical 3-0 whitewash on June 4.

The Calypso Kings claimed a 20-run victory over the Netherlands in a high-scoring bout in Amstelveen to bag 30 points from the tour in the ICC Super League qualification set-up and rejuvenate their chances of direct World Cup 2023 entry.

Mayers and Brooks played handsome roles in ensuring West Indies avoided the last-game hiccup, which would’ve dented their hopes in the larger scheme of things, by nailing it with the bat in hand.

While Mayers produced a fantastic 120 off 106 balls at his end, Brooks remained unbeaten through his sedate but important 101 from 115 deliveries. The top-order duo shared a wonderful second-wicket stand of 184 runs to propel the tourists to a score of 308/5 in their 50 overs.

Most of the Dutch bowlers struggled for control over the run-scoring through the first half, with only Logan van Beek (1/58) and Aryan Dutt (1/44) going for less than six an over.

WI found more heroes with the ball and thus kept Netherlands down to 288 despite Max O’Dowd’s brilliant 89 at the top of the order, ably supported by fellow opener Vikramjit Singh through a knock of 54 off 55 balls and No.3 Musa Ahmed’s run-a-ball 42.

The Dutch top-order took their team to a position of strength at 164/1 in the first 30 overs. With wickets in hand and 20 overs remaining, the rest of the run-chase shouldn’t have felt that difficult for the home side. As it panned out, though, they suffered a major collapse, losing their last nine wickets for just 124 runs.

For Windies, pacer Shermon Lewis (3/67) and the spin duo of Akeal Hosein (2/52) and Hayden Walsh (2/54) were stand-out performers with the ball and held the flow of the Netherlands innings back with their timely breakthroughs.