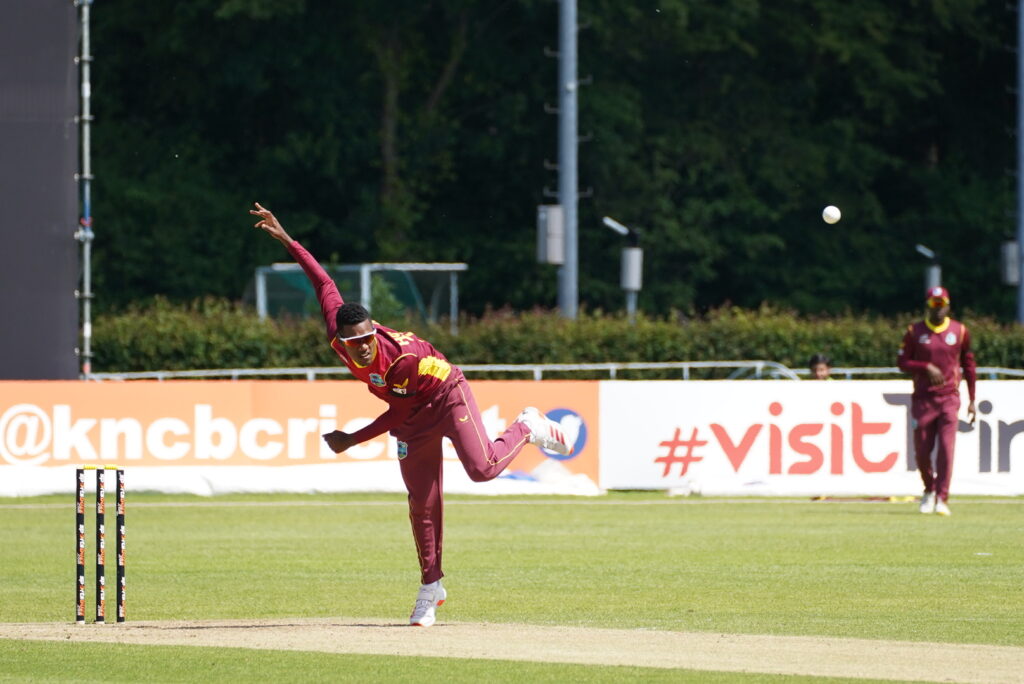 The Windies registered their first series win under Nicholas Pooran’s captaincy, claiming an unassailable 2-0 lead over Netherlands in the three-match ODI series. The men in Maroon defeated the Dutch team by five wickets at Amstelveen on June 2.

Left-arm spinner Akeal Hosein was the star with the ball, picking four for 39 to restrict the opponents to 214. Batsman Brandon King powered the Windies to a comfortable chase with his unbeaten 91 off 90 balls.

As it happened, Netherlands won the toss and chose to bat first. Their opening duo of Vikramjit Singh and Max O’Dowd got them off to a great start, adding 101 runs in 20.3 overs.

Hayden Walsh opened the door by dismissing Singh on 46, after which the left-arm spinner Hosein ran through the Netherlands middle order with four wickets.

Hosein’s brilliant spell reduced the opposition to 180-6 from 101-0. Scott Edwards top-scored with 68 and was the last batter to be dismissed.

Chasing the target, the visitors didn’t have a good start as the Netherlands bowlers scalped four wickets for just 60 runs. Kyle Mayers (22) gave some stability alongside King with their 39-run partnership, but Shariz Ahmed’s googly sent Mayers back.

Keacy Carty then joined hands with King and the pair slowly rebuilt the innings. The duo put on an unbeaten partnership of 118 to take the Windies over the line with 27 balls to spare. Carty scored 43* while King hammered three sixes and nine fours in his sublime knock, coming in at no. 5.

With this win, WI claimed crucial 10 points towards the CWC Super League, now placed sixth with 70 points from 17 matches. The two teams will meet in the third and final ODI on June 5.