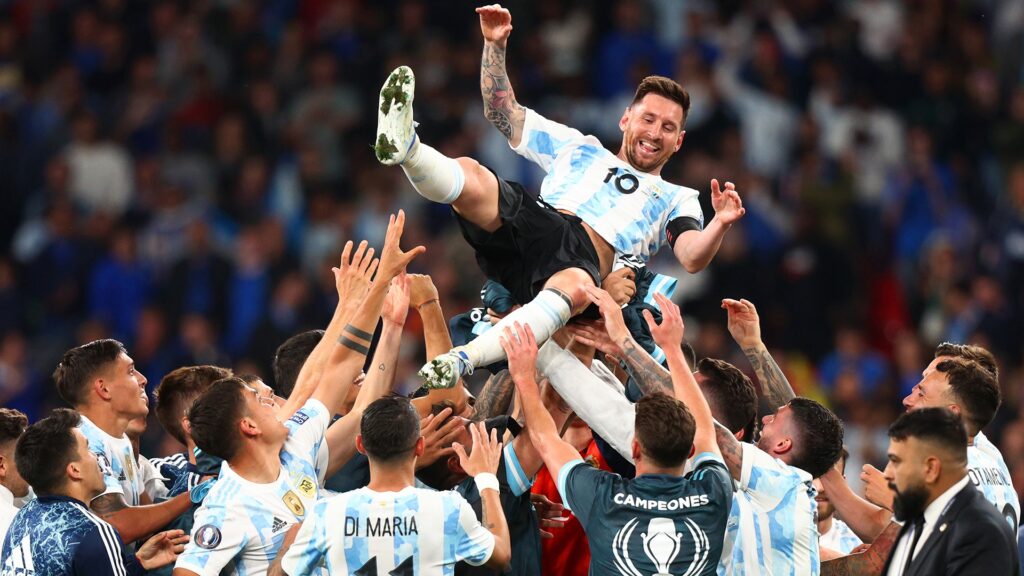 The Euro 2020 and Copa America winners faced each other in a one-off game at the Wembley Stadium. Italy were blown away by a rampant Argentina attack, conceding twice before half-time and another later on in the second half.

The Albiceleste were the more dominant side of the two, both in the underlying numbers and, by the end of the night, on the scoreline. However, It was Italy who had the better of the early half-chances, with Giacomo Raspadori and Andrea Belotti testing custodian Emiliano Martinez with tame efforts.

Nonetheless, the champions of South Africa took the lead against the run of play in the 28th minute through Lautaro Martinez, who was left with the simplest of tap-ins after Lionel Messi had swiveled and freed himself from his marker Giovanni di Lorenzo on the left.

Lionel Scaloni’s men doubled their lead before the interval. Martinez dragged Leonardo Bonucci up the pitch before leaving him in his wake with a sharp turn. The Inter Milan forward threaded the ball through for Angel di Maria, who calmly lifted it over a flailing Gianluigi Donnarumma in the Italy box.

Donnarumma saved Italy’s blushes with several superb saves in the second half; the youngster denied di Maria and then Messi twice in quick succession, ensuring that the Azzurri hung onto the game.

However, Paulo Dybala put the result beyond any doubt in the 94th minute when he struck a loose ball past the custodian after Messi had dragged the entirety of the Italian defence back to their box with a surging run.

An easy win for Argentina, then, at Wembley; a warning to the rest of Europe for potentially what’s to come later this year in Qatar when the World Cup returns.