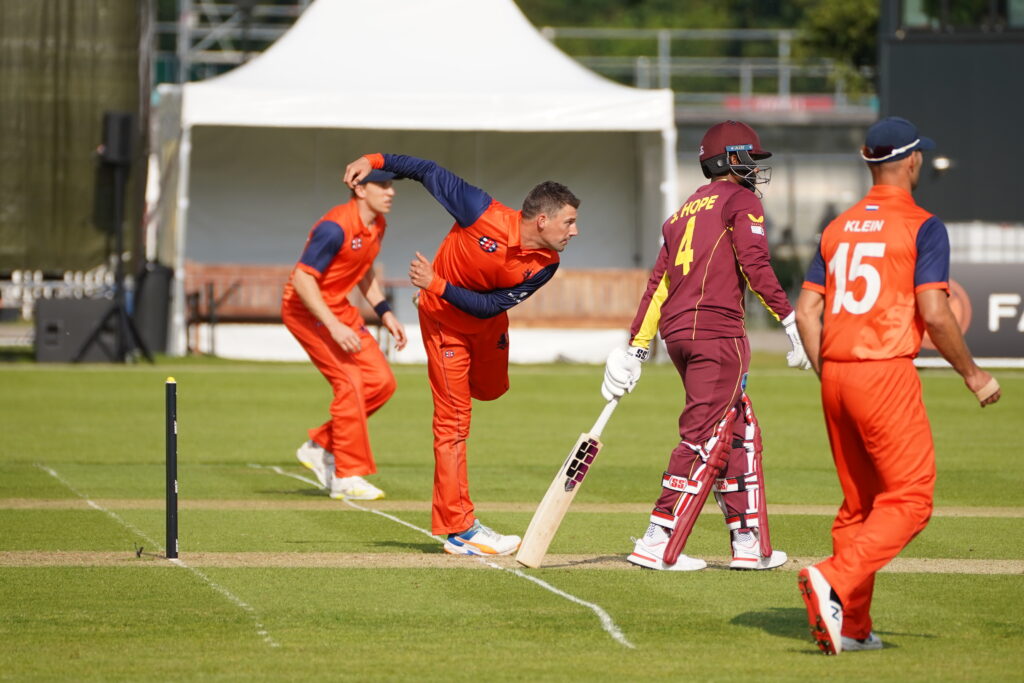 Shai Hope’s well-paced 119* – his 11th ODI hundred – helped the West Indies to a rather comfortable win in the first ODI and take a 1-0 lead in the three-match affair.

The visitors were set a 247-run target in 45 overs, following a DLS adjustment following a rain interruption during the Netherlands’ first-innings effort of 240/7 from 45 overs. Hope struck 12 fours and two sixes during his 130-ball stay at the crease, which included a winning hit off Ryan Klein past the backward point fence.

The right-hander added a 120-run opening stand with Shamrah Brooks (60 off 67) to lay the platform before Netherlands staged a minor fightback with Brooks’ dismissal in the 24th over.

However, Hope added another 116 unbeaten with Brandon King (58* off 51) for the third wicket to ensure that the target was achieved with 11 balls to spare.

Debutant Teja Nidamanuru scored an unbeaten 58 off 51, which included three fours and two sixes to guide the hosts to 240/7. Kyle Mayers and Akeal Hosein bagged two wickets each, with the latter showing great control throughout his nine-over spell, which yielded mere 29. Akeal Hosein, Alzarri Joseph and Anderson Philip snared a wicket each.

The second and the third T20I will be played at the same venue on June 2 and June 4, respectively.