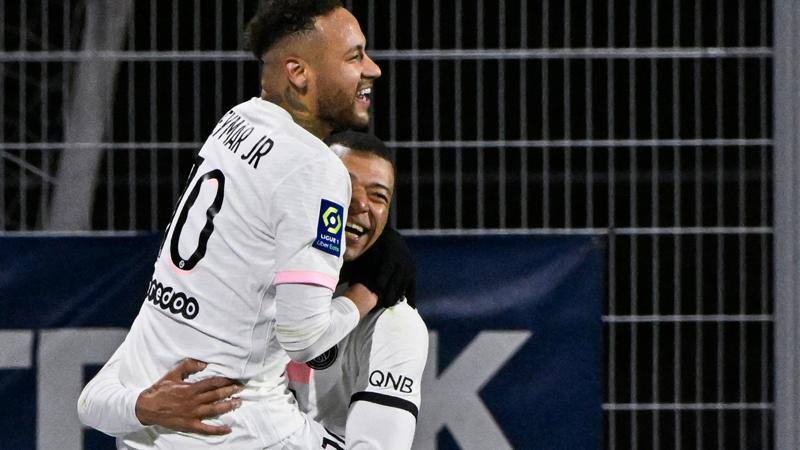 PSG forward Neymar Jr has backed his teammate Kylian Mbappe’s decision to extend his stay with the Ligue 1 champions. The former AS Monaco star was linked with a move to La Liga champions Real Madrid but ended up signing a three-year deal in the French capital.

The 23-year-old’s contract was set to expire in June this summer and was linked with a transfer to Real Madrid. However, earlier this month, the 2018 FIFA World Cup winner stunned the footballing world by extending his stay at the Parc des Princes.

Speaking about the Frenchman’s contract extension, Neymar backed Mbappe’s decision to stay at the club, saying the ‘PSG Project’ is ideal for his teammate.

“I didn’t know about him staying until the last moment. I found out a day before the announcement. “I am very happy Kylian decided to stay. I think the PSG project is the right one for his career. It’s good that he stays a few more years at PSG, and tries to win a Champions League in his country, with the team from his city.

I think he’s made the right choice, but maybe in future he changes his mind and plays for another team. Having players like Kylian in the team is always very important,”

the Brazilian stated, as per an interview with Canal+, via Diario AS.

Mbappe joined PSG on loan in August 2017 and scored 21 goals from 44 games across all competitions for Les Parisiens in that campaign. His performance was widely appreciated by the Parisians, who offered him a four-year deal the following season in order to make his move permanent.