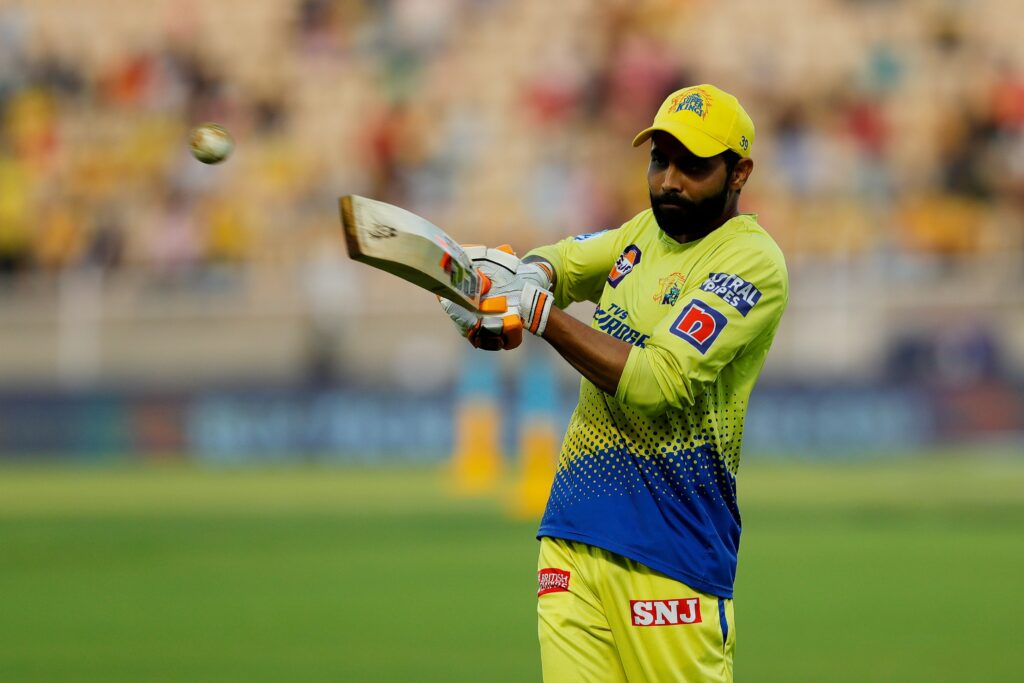 Chennai Super Kings all-rounder Ravindra Jadeja suffered an injury while fielding during their clash against Royal Challengers Bangalore on May 4.  His IPL 2022 season has gone from bad to worse as he is set to be sidelined from cricket action for several weeks. The 33-year-old hurt his ribs in a fielding attempt against Royal Challengers Bangalore on May 4.

Kasi Viswanathan, Chennai Super Kings’ chief executive officer, confirmed Jadeja’s injury and the mutual decision to release him from the bio-bubble. Both franchise and player agreed it was better for Jadeja to recover outside of the Premier League.

Jadeja was appointed as the captain of the Super Kings ahead of the season. But the added responsibility weighed him down as his personal performance dropped significantly alongwith his team’s form. Jadeja was terrific in the IPL across the last two seasons, scoring 459 runs at an average of 57.37 while striking at 157.73.

CSK lost six of their first eight matches in the ongoing season under Jadeja’s leadership. After which, he handed over the captaincy back to MS Dhoni, citing he wanted to focus on his game. The allrounder had an awful run individually too, scoring only 116 runs in 10 matches at an average of 19.33 and strike rate of 118.36. With the ball, he managed only five wickets at 49.60 apiece.

When asked about the situation on his return to captaincy, Dhoni said he tried to help Jadeja in leading the side gradually. He added that the captaincy was having an effect on Jadeja’s performance and that CSK were losing out on a brilliant all-round player.

“What I felt was, it was having an effect on his game also. When he was going in to bat, or when it comes to his preparation, is putting this [extra] burden affecting his game? Because I would love to have Jadeja as a bowler, batter and fielder.

Captaincy, fair enough. Even if you relieve [him of] captaincy, and if he is at his best [as a player], that’s what we really want because we were also losing a great fielder,”

The Super Kings are placed ninth on the points table with eight points from 11 matches. They need to every remaining game while maintaining a good net run-rate and hoping for other results to go their way.