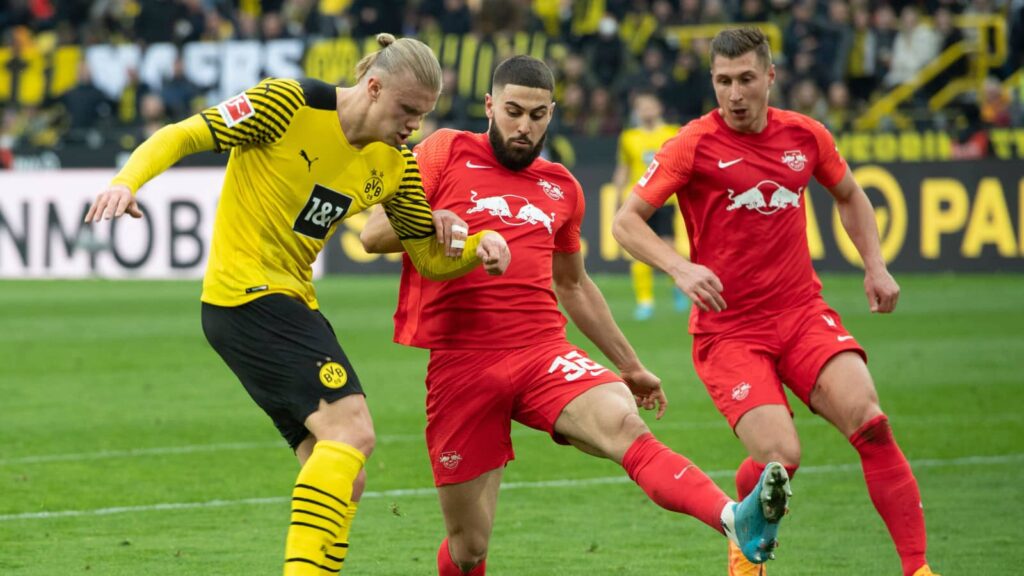 Chelsea manager Thomas Tuchel is a fan of RB Leipzig centerback Josko Gvardiol, reports say, and views him as a potential replacement for the departing Antonio Rudiger. However, the Bundesliga club reportedly has no intention of selling the Croatia international this summer.

Tuchel confirmed following Chelsea’s win over West Ham United that centre-back Antonio Rudiger would be leaving the club – in addition to the German’s defensive partner Andreas Christensen, who is reportedly on his way to Barcelona, and potentially, right-back Cesar Azpilicueta. At the risk of a defensive exodus, the Blues are likely to dip into the summer market for reinforcements; one name approved by Tuchel is that of RB Leipzig’s Josko Gvardiol.

However, as per Sky Sports’ Florian Plettenberg, a transfer to take Gvardiol to Chelsea is unlikely to go through this summer. The 20-year-old, who is yet to complete a full season in Leipzig, is thought to be happy at the club; Gvardiol signed for Die Roten Bullen in the summer of 2020 but spent the following campaign on loan at his boyhood club before linking up with his new teammates the season after.

Furthermore, while Tuchel is a fan of Gvardiol, there has been no contact yet between Chelsea and the player’s camp. Matters are further complicated by the fact that the youngster is contracted to Leipzig until 2026 and has no release clause in his agreement, which means that the Blues – or any other interested club – would need to negotiate a break fee if they wish to sign the player.

Currently, the Croatian is valued at 30 million euros by Transfermarkt, but the CIES Football Observatory puts him between 90 and 120 million after taking into account factors such as his age, contract duration, and performances on the pitch, among others.

Left-footed by nature, Gvardiol is versatile enough to play as a left-back and a left-sided centre-back in a back two or a back three. His adaptability has made him a near-undroppable asset for Leipzig, evidenced by the fact that he has played the third-most number of minutes this season in the Bundesliga (28 appearances; 2,377 minutes) and fifth-most across all competitions.

Signing him won’t be easy, though, for Chelsea. Even after considering the financial aspect of any potential deal, and the player’s preferences, Gvardiol is being watched by plenty of top European clubs – including Tottenham Hotspur and Leeds United.