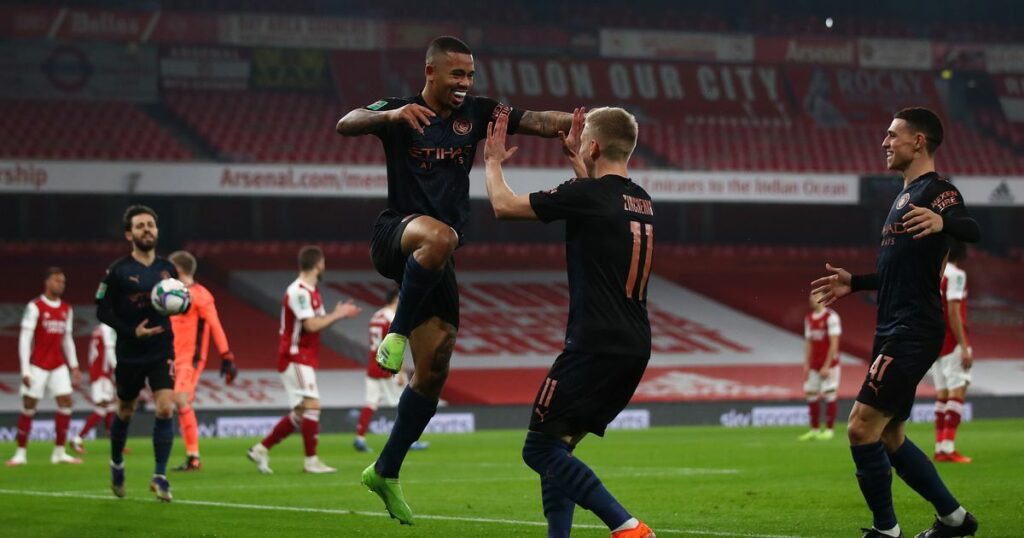 The Gunners are pondering a move for Manchester City forward Gabriel Jesus in the postseason, reports The Athletic. Mikel Arteta’s side are expected to lose both their recognized strikers – Alexandre Lacazette and Eddie Nketiah – for free this summer.

As per the report, the Arsenal camp and the Brazilian’s representatives have been in contact for several months now over a possible transfer. The striker, whose contract at Etihad Stadium will expire in June 2023, is reportedly open to a switch himself, having spent five-and-a-half years with the club.

The Brazil international arrived at City from Palmeiras in a transfer worth 32 million euros and has contributed with 89 goals in 229 appearances since – while winning 10 trophies, including three Premier League titles.

His time in Manchester, however, is seemingly approaching an end, with City said to be closing in on the signing of Erling Haaland from Borussia Dortmund, having already paid 17 million euros for former River Plate attacker Julian Alvarez earlier this year.

Should the transfer go through, the 25-year-old is likely to take a starting spot at Arsenal, given that the Gunners are not expected to stand in the way of Lacazette or Nketiah, should they wish to leave – both players will become free agents this summer.

Despite his expiring contract, Arsenal could end up committing a significant outlay to the signing of Jesus; the forward is rated at 50 million by Transfermarkt as things stand.

Alternatively, the Gunners also have Everton striker  Dominic Calvert-Lewin on their list of targets – should things fail to advance on the Jesus front. Arsenal were linked with the England international in the bygone January transfer window, too, as they were with Real Sociedad forward Alexander Isak.